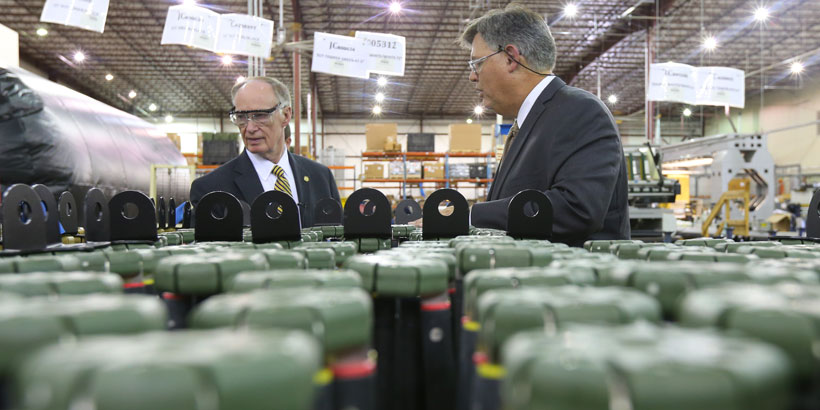 HUNTSVILLE, Alabama – HDT Global, a maker of engineered products for military, government and commercial customers, plans to invest $4.2 million to expand its manufacturing operation in Huntsville.

“Project Pop,” as it was code-named, will create 123 full-time jobs at the company’s Alabama operation, which currently has 82 workers. The average wage of the new jobs will be $23.54 an hour, according to project information from the Alabama Department of Commerce.

HDT Global officials and state and local leaders announced the project at a ceremony in Huntsville this morning.

HDT said it will add 206,500 square feet of manufacturing space to an existing Huntsville operation. As part of the move, Ohio-based HDT will shift product of expeditionary shelter systems from a facility in Buena Vista, Virginia, to its Alabama location.

“We expect HDT Huntsville to become the premier military production facility across all of Northern Alabama,” company President and CEO Sean Bond said.

“HDT is an innovative company that serves our nation’s military, and I am honored to see the company has decided to invest in an expansion in Huntsville that will create more than 120 jobs,” said Alabama Governor Robert Bentley, who attended today’s announcement.

“The mobile command units produced by HDT in Huntsville will assist U.S. soldiers in critical missions around the world,” he added.

HDT’s expansion in Huntsville builds on a number of significant advanced manufacturing projects that have come to the area. In the past two years alone, Huntsville has attracted major projects from Remington, Polaris, GE Aviation and others.

“Huntsville and our region continues to show it is a premiere location for high-tech manufacturing and innovation,” Huntsville Mayor Tommy Battle said.

AIDT, a unit of the Alabama Department of Commerce, will provide job recruitment and training services valued at $1 million to the company as part of the project.