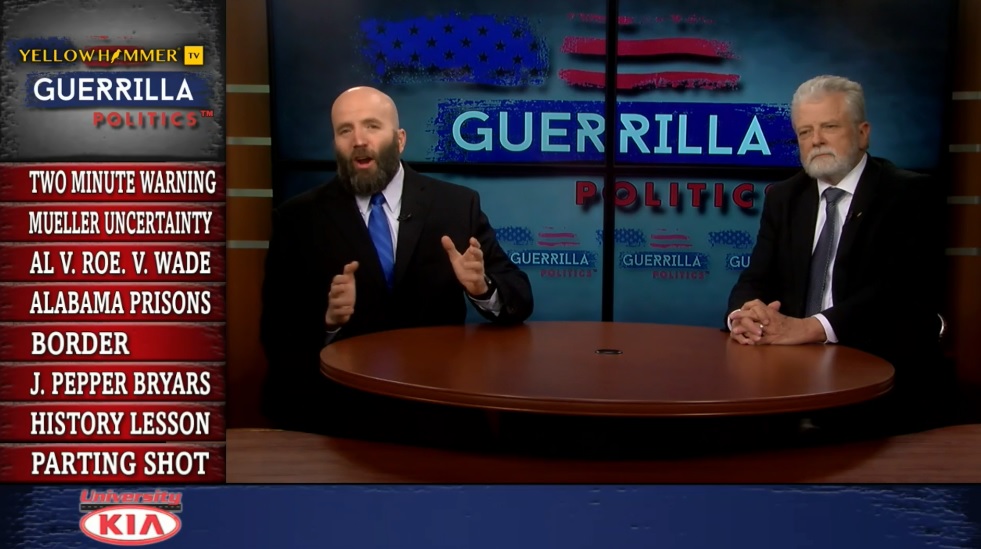 — Even though there is no collusion, will Democrats in Congress continue hammering this narrative that something happened?

— Can the state ever fix its prison system or will the federal government come in and take it over?

Jackson and Burke are joined by the Alabama Policy Institute’s J. Pepper Bryars to discuss a new abortion bill in the legislature and the chances of new legislation to offset the recently passed gas tax’s impact on citizens.

Jackson closes the show with a “parting shot” aimed at legislators over the failure to have a clear and clean vote on a lottery.

Dale Jackson is a contributing writer to Yellowhammer News and hosts a talk show from 7-11 am weekdays on WVNN.