Guest Opinion: Why the Toyota/Mazda plant belongs in Alabama not North Carolina 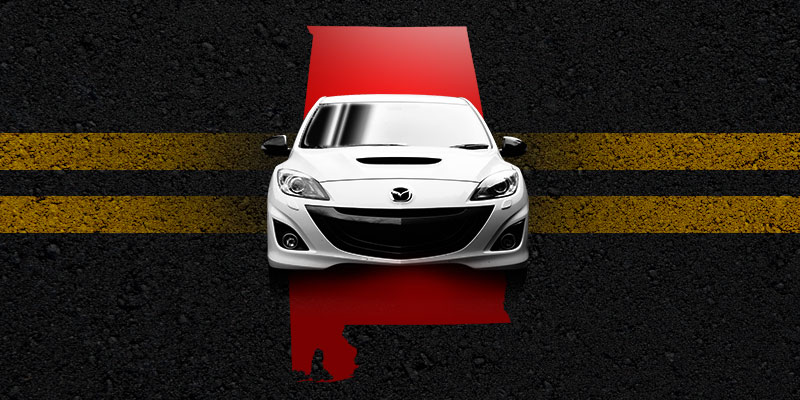 I recently read an article in the Triangle Business Journal about why North Carolina might have the upper hand on Alabama when it comes to the Toyota and Mazda joint plant Economic Development competition. While they certainly make some well-thought-out points, I figured I would respond to this article with why I think the business case for Alabama is a stronger one.

While I’m basing my argument on the Baldwin Mega site in Bay Minette Alabama, most of these arguments also apply to Alabama’s other Mega site in the Huntsville area.

Transportation costs for parts from their suppliers, as well as raw materials, and the logistical Network already in place favors Alabama. First of all, the main supplier of steel and stainless steel bought the old Thyssen Krupp steel plant in North Mobile County. Also, the network of railroad tracks that come directly into Mobile and the fact that the Baldwin Mega site is directly connected to the Port of Mobile, their steel supplier and engine plant by rail would allow for huge savings in transportation costs for not only Toyota, but also their parts suppliers.

Alabama has literally, not figuratively, written the book on job skills training when it comes to automotive manufacturing skills.  We’ve done it for Mercedes Benz, Honda, Hyundai and the Toyota engine plant in Huntsville. We don’t have to reinvent the wheel, we just have to reproduce it.  Top that off with the fact that the main campus of the Alabama Coastal Community College is less than ten miles from the Baldwin Megasite, and that is a formidable combination.

Both Megasites in Alabama are shovel ready, certified and have the site prep work already done.  The Megasite in North Carolina that everyone keeps talking about, the Greensboro site, is still trying to zone all of its site as industrial use. This means that this site is not shovel-ready, the site prep work has not already been done and may have to go through the certification process again. Not being shovel-ready is the reason given why the Memphis Megasite was eliminated from the competition.

According to the Triangle Business Journal article, one of the advantages North Carolina supposedly has over Alabama is the fact that 10 percent of the labor force in Alabama is unionized, versus 3 percent of North Carolina. While this may technically be accurate, this does not take into account the many and most recent high-profile rejections of unionization amongst auto manufacturing employees at plants at Mercedes and Hyundai and Honda. While Alabama may have more union members by percentage than North Carolina, that has not translated into the auto manufacturing industry.

Also, the Triangle Business Journal article mentions many of the high-profile successes and economic development that Alabama has experienced over the years including Airbus, Boeing, Mercedes-Benz and the other auto manufacturing plants in Alabama. They use this as another reason why North Carolina might have an advantage over Alabama in this competition. They claim that the fierce competition for labor with similar skill sets increases wages for employees with those skill sets.

While this is certainly true, I also make the argument that if the Baldwin Mega site is the site that Alabama submitted for this competition, three or four major employers (Airbus, C-Series, Austal and potentially Toyota/Mazda) in a metro area all looking for people with similar skill sets not only increases the wages for people with those skill sets, but also attracts people with them from other areas of the state and other areas of the country, because they know they have a higher likelihood of getting employed if there are multiple employers in an area looking for their skills.

The Triangle Business Journal also argues that because Toyota does not have a presence in North Carolina, that gives them an advantage over Alabama because Toyota usually looks to expand in areas they are not already in to expand their political clout and political representation in Washington.

I respectfully and firmly disagree with the argument that the Business Journal is making here. If the Baldwin Mega site is the location Alabama submitted for this competition, I think political clout works very strongly in favor of Alabama in this competition. Not only does Alabama’s Congressional delegation at both the House and Senate levels work well together in representing the interest of our state and the interest of our major employers, Alabama House District 1 Representative Bradley Byrne has an extremely strong reputation for fighting for the interest of the major employers in his district. Every budget year Representative Byrne has to work within the budget process to defend the interest of Austal shipbuilding and the LCS program. To do this he has had to build a strong bond with the house delegation from Wisconsin, the other state that builds LCS ships for the Navy, including House Speaker Paul Ryan. That strong working relationship with House Leadership is certainly a factor in favor of Alabama’s bid for the Toyota Mazda manufacturing facility.

When Alabama has a fair shot at the competition (giving you the death stare Boeing), and we really want the project, more times than not we get it. It doesn’t matter who our governor is, Bob Riley, Robert Bentley, and now Governor Kay Ivey each have long successful track records at winning economic development projects.

While I have no inside information as to which site Alabama submitted for competition, or what criteria the firm that is heading up the site selection process for Toyota and Mazda is looking for, or what is a priority for Toyota and Mazda, these are all factors that if I were a businessman looking to open this type of project that I would be looking for. Not to mention the fact that the cost of living in the state of Alabama is lower than it is in North Carolina, which means that Toyota and their employees’ spending power is better.

I have followed this competition closely since it was first announced earlier this year. I certainly wish everybody that is still in this competition well; however, if the executives at Toyota and Mazda and their site selection firm want to come down and take a look at the Baldwin Mega site, let me know I’ll be more than happy to treat them to an oyster dinner at The Original Oyster House and show them Mobile Southern Hospitality at it’s best.