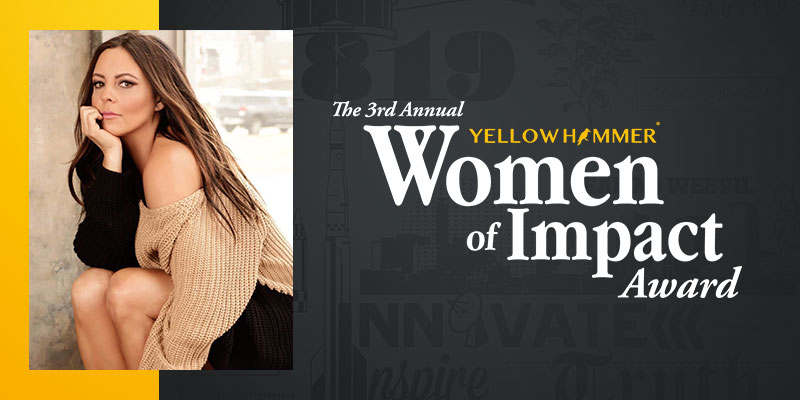 One of country music’s most popular artists of the 21st century, Sara Evans, has adopted Alabama as her own, and she is not slowing down.

Earlier in 2020, Evans released a new album, “Copy That,” where she covers 13 classic songs, and published a new memoir, Born to Fly.

She came to the Yellowhammer State after marrying former University of Alabama quarterback Jay Barker in 2008. They now make their home in the Birmingham area along with their seven children.

The singer performs and releases music under the name Sara Evans, which is how Yellowhammer News is referring to her for the purposes of this article. Evans does not shy away from her married name; just in 2019, she released a six-track EP titled “The Barker Family Band” which featured herself, her son Avery and daughter Olivia.

Evans was born and raised outside of a small town in Missouri and began her lifelong connection with music at age four. She had recorded her first CD and was attending country music events by the age of 9 or 10, according to a 2011 interview.

Aspiring to a career in music, she moved to Nashville in 1991 and worked as a waitress while trying to find her big break.

“Three Chords and The Truth” and “No Place That Far,” Evans’ first two albums, were released in 1997 and 1998 respectively. They earned the artist solid reviews from critics but did not make a big impact on the charts.

“If I’m going to have the career I came to Nashville to find,” she told a newspaper at the time. “I’ve got to get on the radio and give today’s fans what they want.”

“Born to Fly,” the album that resulted from this change in sound, achieved everything Evans aimed to accomplish. The Recording Industry Association of America has certified it as double platinum; meaning it has sold over 2 million copies. Singles “Born to Fly” and “I Could Not Ask for More” placed first and second on the U.S. Country charts.

After the breakthrough success, Evans never left the country charts for very long over the next decade; buoyed by singles like “Suds in the Bucket” and “A Little Bit Stronger.”

She won Top Female Vocalist at the Academy of Country Music Awards in 2006.

Her five most popular songs available on the music streaming service Spotify have been played a combined 101,997,937 times.

Jerry Sharpe, a music writer for the Pittsburgh Post-Gazette, described Evans as having a “a strong, spring-water clear voice, which she uses well.”

Evans met her now-husband when they were both in their 30s with kids. They were introduced by Joe Beam, a Christian speaker that focuses on love and marriage who knew them both previously.

“One defining moment was, I made the decision to walk into my office and email Jay Barker and say, ‘Hey, so-and-so told me that I should reach out to you. I want you to know that I’m praying for you, and I’m sorry for everything that you’ve been through,” Evans recounted to music website The Boot.

Barker was the starting quarterback on the Crimson Tide’s 1992 championship-winning team, and at the time when he and Evans connected they had both recently gone through painful divorces.

“He emailed me back within five minutes, and that was definitely a defining moment,” she added.

“Our house is full of children and activities and chaos, but Jay is such a great support to me,” Evans told The Boot about her husband, who hosts a sports talk show in Birmingham.

Radio play by country music stations is dominated by male artists and programmed by male deejays, something that has frustrated Evans in recent years.

She has become an outspoken advocate for more women in country music and voices her opinions on the subject with regularity.

Evans has appeared at events and spoken up for the organization Change the Conversation that aims to gain more representation for women in country music.

“The lack of voices heard on country radio affect not only those who are making music, but those listening as well. Music plays a powerful role in shaping our popular culture. Today’s music does not reflect who we are as a country and sends the wrong message to our girls and women. Too often, country songs portray women as a pretty ornament on the passenger side. It is time to reclaim a woman’s place in the driver’s seat,” the organization says on its website.

Evans has remarked that for her most recent original studio work, the album “Words” released in 2017, she placed a greater emphasis on including female producers and songwriters to give their careers a boost.

At a Change the Conversation event in 2017, Evans said, “When I first got my record deal, women were dominating country radio. We had Faith Hill, Martina McBride, Reba McEntire, Trisha Yearwood, Lee Ann Womack, LeAnn Rimes, Shania Twain, Patty Loveless and on and on. I was fortunate enough to join that group of amazing women.”

Yellowhammer News is proud to name Sara Evans a 2020 Woman of Impact.