Kim Caudle Lewis is a 2020 Woman of Impact 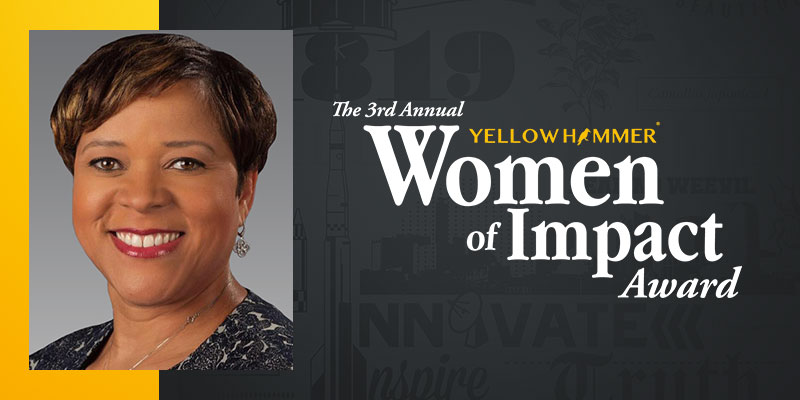 Kim Caudle Lewis, born and raised in the small southern Madison County town of Triana, has been devoted to North Alabama her entire life.

An entrepreneur and trailblazer, her hard work and intentionality have combined over the years to foster a personal brand built on innovation.

That foundation was key to Lewis in 2002 starting Project XYZ in partnership with Larry Lewis, who is now her husband. With his experience in government contracting and her expertise in IT and technical solution services, the company has flourished with Mrs. Lewis serving as CEO.

Indeed, ProjectXYZ has grown from a concept into a national leader with more than 100 employees. The company provides customer support in engineering, logistics, information technology and alternative energy sectors, including the Rocket City’s bedrock aerospace and defense industries.

The company’s success under Lewis’ exemplary leadership has brought about national accolades.

For example, Project XYZ over the past decade was named to Inc. 5000’s annual list of the United States’ fastest growing companies four separate times.

However, it has not always been easy going, as Lewis explained in a recent interview with Yellowhammer News. She spoke about the unique hurdles in being a black female in traditionally male-dominated industries.

“It took time to prove that you could do the job and to get out there and do it in a way that you felt comfortable with,” she explained. “So, it was challenging at first.”

However, as she and the company proved themselves, navigating those obstacles became smoother. Lewis also said that the environment has improved — and continues to get better — with the Huntsville’s area booming growth. This is something she has been able to witness over the years being a native of the area.

“You’re seeing more diversity, you’re seeing more inclusion of people from all walks of life. … We’ve got a long way to go to make sure it’s completely equal for all parts, but I think it’s slowly striving to get to that point,” she advised.

Lewis explained that having a diverse team working on projects has tangible positive benefits for businesses, saying diversity opens “a world of opportunity.”

“When you’ve got a lot of people in the room with different ideas and different ways of thinking, there may be an easier, smarter, simpler way to do it [that you find],” she noted. “I think the more voices you have in the room — voices from different communities, different backgrounds, different experiences — helps.”

While her stewardship has worked wonders for her company, Lewis has been equally active and successful in her extensive civic and non-profit endeavors in and around Huntsville.

Perhaps the highlight of her CV in this regard was being chosen as the first black woman in history to serve as the chair of the Huntsville/Madison County Chamber, a position in which she served with distinction last year. In that role and others, Lewis continues to champion workforce development efforts, which are key as North Alabama and the state as a whole looks to advance its 21st century economy and prepare future generations for even greater successes.

Lewis told Yellowhammer News that it was a tremendous honor to serve as chair of the chamber in 2019.

“The chamber’s doing great things here in the community,” she remarked.

She has also served in various active volunteer leadership roles, such as a board member, of too many organizations to list; these organizations include the Calhoun Community College Foundation, Cummings Research Park, the Huntsville Hospital Foundation, the Huntsville Botanical Garden, the National Children’s Advocacy Center, the Women’s Economic Development Council, Women in Defense, the National Defense Industrial Association and the North Alabama International Trade Association.

This broad spectrum of involvement aligns with another theme of Lewis’ career: diversification.

As if ProjectXYZ was not enough, Lewis’ business portfolio in recent years has been aggressively and strategically broadened to include multiple other upstart ventures.

Looking back on her burgeoning career thus far, Lewis stated that one of the most rewarding aspects has been doing things in a way that is not necessarily traditional.

“I grew up the youngest of 10 kids,” Lewis said, “and never thought that I would be in the position I am in now to run a company that has — I think the last I counted — 243 employees total [across her ventures].”

“It’s a blessing. Because it’s not something that I ever dreamed about or thought that I would be doing now. But this position, it’s God-sent. That’s the best way to explain it,” she continued.

Her advice to young people looking to follow a similar path?

Yellowhammer News is proud to name Kim Caudle Lewis a 2020 Woman of Impact.