Kellee Reinhart is a 2020 Woman of Impact 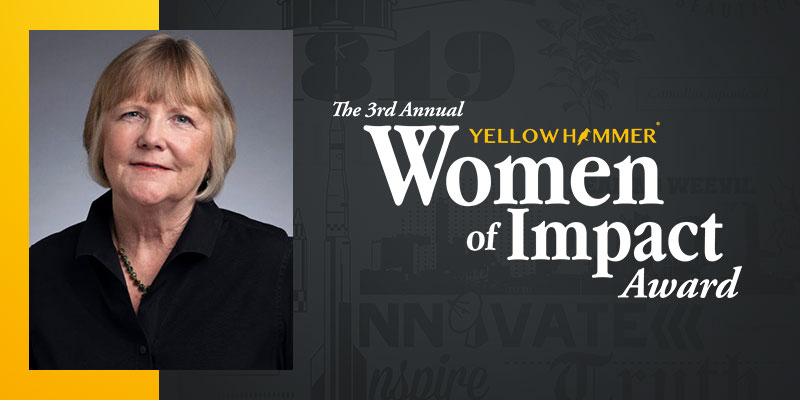 Few entities in the Yellowhammer State have made more of a positive difference here at home — or across our nation — than the University of Alabama System. And few people have played a larger role in the System’s success in recent decades than Kellee Reinhart.

As senior vice chancellor for communications and community relations, Reinhart is the public voice for the UA System.

These three distinct institutions have unique strengths that power a wide range of achievements, discoveries and innovations. However, without anyone sharing these triumphs, the public would be unaware — and the types of public and private sector funders that fuel the engine of higher education would not know their investments are generating groundbreaking impacts each and every day.

In addition to her integral prowess in communicating how so very important the UA System is to the state, nation and world, Reinhart provides additional support across several various facets of operations. She works diligently with the chancellor, board of trustees and each of the three campuses in areas such as crisis management, strategic planning, executive recruitment and joint initiatives.

Reinhart has provided this type of exemplary servant leadership to the people of Alabama since 1989, when she joined the UA System.

Before that, she spent 15 years on the flip side of the media profession, working in the publishing industry as editorial director of two national publications headquartered in Alabama. She is also a former assistant manager of the Alabama Press Association.

A graduate of Leadership Alabama, Reinhart’s successes reach far beyond her day job. She is an active and giving member of her community, having chaired numerous not-for-profit advisory boards, including the Alabama Writers’ Forum, the Kentuck Association, Theatre Tuscaloosa and the Tuscaloosa Arts Council. She is involved with a plethora of civic and cultural organizations across West Alabama.

One highlight of her volunteerism is that Reinhart currently serves on Mayor Walt Maddox’s Citizens Advisory Committee, through which she has assisted the City of Tuscaloosa in incredible renewal and rebuilding initiatives since the devastating April 2011 tornado.

In a recent interview with Yellowhammer News, Reinhart shared some valuable insight into how she has overcome obstacles throughout her career while being a wife, mother and active member of her community.

“In a field that I chose, which is so driven by deadlines and crisis and unexpected complications, just trying to also successfully raise a family and participate fully in the life of the community is probably the thing that I had to work hardest to accomplish,” she noted. “But having a good supportive husband makes all the difference in the world; a sense of humor — and in the darkest hour; and just that old-fashioned tenacity to keep pushing have gotten me to this point.”

While Reinhart’s career and how she lives her life is a tremendous testament to her employer already, Reinhart also reflects glowingly on the System in that she is a product of its educational mission: she received her bachelor’s and master’s degrees in journalism from the University of Alabama.

Asked what professional experience or accomplishment of which she is most proud, Reinhart responded, “Well, it’s right here at this very moment.”

“To be a part of Chancellor Fess St. John’s team, safely reopening these three campuses with a plan that we literally watched our chancellor develop and then spearhead with the wonderful, world-renowned medical experts at UAB… It’s a blessing,” she continued. Reinhart continued to explain that this began in March, before the country really understood what COVID-19 was or the far-reaching effects it would have.

This year has been a difficult one and included waves of external pressure from those who would have preferred students not return to campus at all this fall. The System and Reinhart have not only weathered this storm, but their plan has been hailed as the national model of excellence by the White House, and Dr. Deborah Birx publicly credited the System’s “strong leadership” and nimble problem-solving for a successful return-to-campus in recent weeks.

“It has not been without extraordinary challenge,” Reinhart acknowledged.

But the rewards have been well worth it, she outlined. From students receiving world-class educations, to world-changing — and lifesaving — research being conducted, to football returning at UA and UAB, the System’s resilient efforts are paying off live before our very eyes. Reinhart effusively praised the System’s board of trustees for backing the return-to-campus plan and implementation efforts, making this all possible.

“It has been a privilege to be a part of that,” she stressed, subsequently adding that empathy has been a key tool in navigating the coronavirus landscape.

While Reinhart is thriving here and now, she said she feels lucky to have seen firsthand the news and media landscape be transformed several times over across almost five decades.

For her, this path was not just happenstance — it was a calling.

From the first time she visited the Denver Post as a child, Reinhart knew “journalism in some form or fashion” would be her future.

“And now, to see where journalism has evolved… I would have never imagined we would be here,” she advised. “But, I also want to say, I have so much respect for journalists today.”

Reinhart’s career journey has been a fulfilling and meaningful one, and she explained what she views as the most rewarding aspect.

“I’m from rural Nebraska, and by the time I graduated from high school in south Florida, I had lived in 10 states and gone to 12 schools — so it was a gypsy life,” she said. “And I came to the University of Alabama as an undergraduate on a whim; and now looking back on that nearly half-century, believe it or not, to have been part of the modern history of this state — whether in higher education, whether in publishing or in the volunteer work that Steve (her husband) and I have done and continue to do — to feel, now, like a native, to have my children — both my son and daughter — here, my grandchildren make their home here… to feel truly like an Alabamian — we very much feel like we’re home.”

Yellowhammer News is proud to name Kellee Reinhart a 2020 Woman of Impact.