Mayor Bell: Birmingham attracted $1B in investments in 2015, setting stage for growth 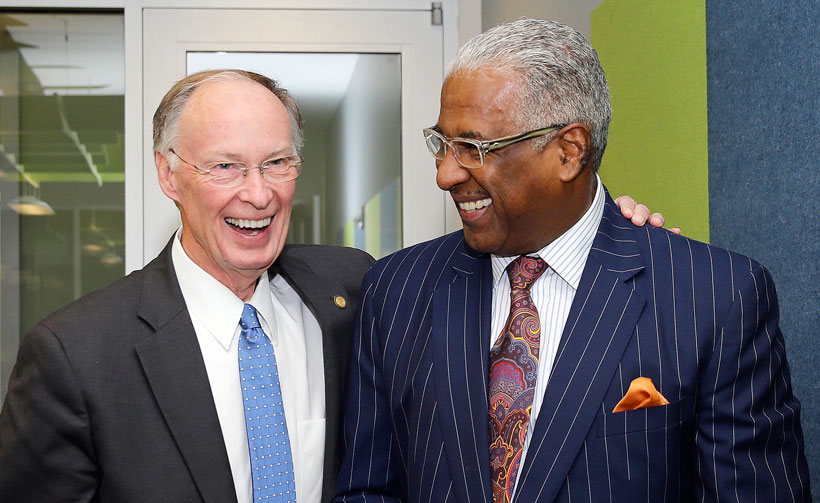 Made In Alabama asked Birmingham Mayor William Bell to share his thoughts on the economic development successes recorded by the state’s largest city in 2015 and where Birmingham is headed in the new year.

Here’s what he said.

A: The City issued 700 new business licenses in 2015, covering the entire spectrum of small, two- to three-employee businesses to companies hiring hundreds of individuals. Certainly, the Kamtek announcement of a new plant, and the expansion of its existing plant, in the Valley East Industrial Park was very significant as we won that project over several other Southeastern states.

• 20 Midtown’s progress, which already brings new retail and residential to downtown as well as a downtown Publix that will open this year, is very important.

• Oxford Pharmaceuticals’ groundbreaking in the JeffMet Lakeshore Industrial Park and the Steris ribbon cutting in the Sloss Industrial Park continued to show that our city is a major player in health-related fields.

• Lewis Communication’s move from outside the Birmingham to downtown was completed, bringing 55 new employees to the city.

And we cannot overlook the importance of retaining jobs by companies that considered other metro locations, but chose to stay in the city — companies like LabCorp, HealthSouth, the Grandview Medical Center and Limbaugh Toyota.

We added more than 2,000 jobs in the city and retained more than 2,700 jobs that could have gone elsewhere, and we attracted capital investments by new and existing companies totaling well over $1 billion.

Q: What are your economic development priorities in 2016 and what would you like to see happen?

A: We have a number of priorities, but if you ask me to pick the most important it would be the development of the 38 acres adjacent to the Crossplex. In the Crossplex, Birmingham has one of the finest facilities for athletic competition to be found anywhere. Competitors and visitors by the thousands have come every year since we opened the Crossplex in 2011.

We are now in the final stages of developing a plan that will support the Crossplex and our visiting athletes and spectators with restaurants and other retailers, a hotel, family entertainment venues, residential development and amenities that could include a walking track, an amphitheater and a lake. We expect to begin breaking ground on these projects at the Crossplex in the first half of 2016.

And, we have other priorities such as bringing new businesses to neighborhoods we have identified as “underserved” by retail; and continuing the development of the Oxmoor corridor with yet another announcement we expect in 2016 from a major pharmaceutical manufacturer.

Q: What industries in Birmingham are best positioned for growth?

A: Birmingham is recognized throughout the world as the home of some of the finest health-related industries to be found anywhere and we must always recognize UAB as the longtime catalyst of the growth we have experienced. Pharmaceutical research, manufacturing and distribution will continue to grow, and I expect to see new health-related business opportunities come our way as a result of the new Grandview Medical Center’s operations.

I also think we are primed for more growth as a location for automobile suppliers due to our interstate transportation network that crisscrosses the city from north to south and east to west, and our proximity to the Mercedes-Benz and Honda manufacturing plants, as well as the new Volkswagen plant in Chattanooga.

And several companies in the aviation industry are taking a close look at our airport facilities and the availability of space we have for aircraft refurbishment and assembly. (Article: In Kaiser hangar complex, Birmingham sees aerospace potential)

Q: What strengths can Birmingham build on in 2016 to spur economic development?

A: First and foremost is our workforce. Companies that locate and expand in Birmingham are always very complimentary of the quality of our workers and their ability to learn specific manufacturing and assembly skills quickly. Second, our Birmingham City Council is very supportive of our efforts in business development and works closely with my Office of Economic Development in considering proposed agreements we take to the Council for approval.

Also, our city is enjoying a renaissance that makes us a very family friendly city with facilities such as Railroad Park, Regions Field, the new Lyric Theater, the Crossplex and the Summit. Another strength is the Birmingham-Shuttlesworth International Airport and its location just 10 minutes from downtown. “Time is Money” and decision-makers looking for new business locations can fly into Birmingham and see the advantages of our city without the time-consuming headaches found in other cities that do not have airports conveniently located.

Finally, we are very competitive with incentives, both local incentives from the City and Jefferson County, and the Alabama Department of Commerce, which offers very strong incentive packages and does an excellent job in bringing prospects to Alabama.