Jeana Ross is a 2018 Yellowhammer Woman of Impact 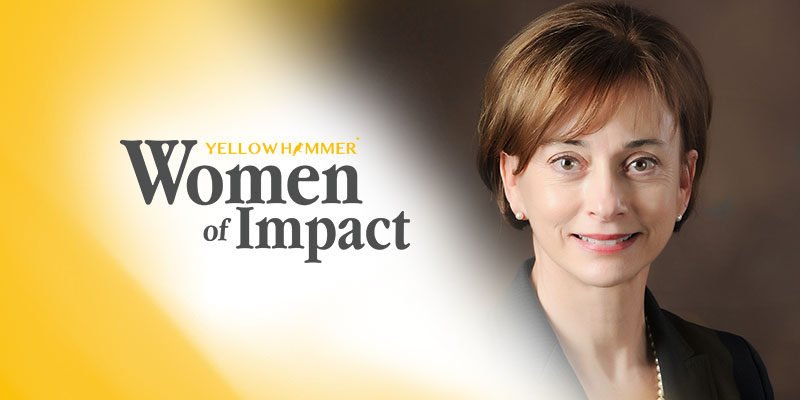 An Alabama program called First Class Pre-K is seeing such extraordinary results that Harvard University is producing a documentary about the effort and more than 30,000 four-year-olds were pre-registered last year in hopes of snagging one of the less than 17,000 available spots state-wide.

The program is overseen by Alabama Secretary of Early Education Jeana Ross, a 2018 Yellowhammer Woman of Impact, who has seen First Class Pre-K’s attendance increase by 374 percent under her leadership, while maintaining the highest possible ranking for quality by the National Institute for Early Education Research (NIEER).

Alabama hosts the program in more than 950 classrooms statewide and is one of only two states to meet all 10 of the institute’s quality benchmarks.

Ross told Yellowhammer News that the most rewarding part of her work is seeing firsthand the impact that skilled teachers can make, inspiring “a sense of wonder, joy, creativity, achievement and success” in a student’s learning.

“I care about children and their right to reach their greatest potential,” Ross said. “Education can and should provide children a powerful opportunity to find purpose and success for their future lives.”

Studies measuring results from tests such as the Alabama Reading and Math Test and the ACT found that First Class Pre-K alumni outperformed their peers who did not attend the program, according to the Alabama School Readiness Alliance.

Ross, who is the mother-in-law of Yellowhammer News owner and publisher Allison Ross, helped secure a $77.5 million preschool development grant to help fund the state-funded program, which also requires local communities to provide at least 25 percent of the funding to participate.

Also under her leadership, the Office of Early Learning and Family Support division of her department has expanded to serve 4,289 vulnerable families and children through more than $12 million in federal awards.

In all, Ross has led her department in writing and receiving federal grant awards totaling more than $100 million.

She attributes much of her success to the partnerships she has built with other groups serving children and families in Alabama to build a cohesive support system.

“My success has been achieved in a collective effort of devoted educators who, regardless of pay or recognition, work to create experiences where children enjoy through natural curiosity and joyful exploration a love of learning that lasts a lifetime,” Ross said.

Ross is a member of Governor Kay Ivey’s cabinet and was appointed by Governor Bentley in 2012. She advises the governor and state legislature in matters relating to the coordination of services for children under the age of 19 and, among her divisions, also oversees the Children’s Policy Councils, the Children First Trust Fund and the Head Start Collaboration office.

Ross previously served in a variety of education roles in Alabama, including as a central office administrator, assistant principal and classroom teacher. She holds a master’s degree in education leadership from the University of Alabama and a bachelor’s degree in early childhood education from UAB.

“My hope for education in Alabama is for every child to have a competent, sensitive and responsive teacher every day, every year,” Ross said.

As other states look to Ross’s success in Alabama’s early education, she offered three recommendations in a 2017 U.S. Department of Education interview:

“Set high-quality standards, communicate what those are, and demonstrate what they look like; involve parents, businesses and industry leaders in the initiative; and provide supports such as coaching and monitoring to maintain quality,” she said.

Ross and her husband live in Guntersville and Montgomery and have two adult sons and two grandchildren.

Join Ross and special guests from across the state for a Birmingham awards event March 29 honoring the 20 Yellowhammer Women of Impact whose powerful contributions advance Alabama. Details and registration may be found here.