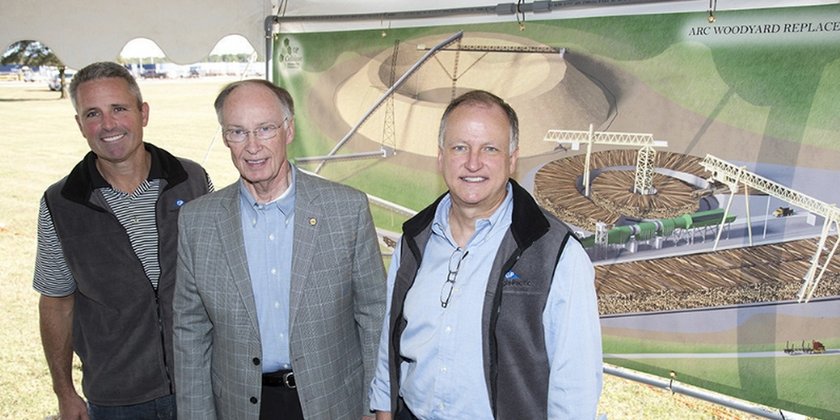 (Video Above: The official Georgia-Pacific announcement)

The formal announcement was made at the mill by Jim Hannan, CEO and president of Georgia-Pacific, and Governor Robert Bentley.

“We are pleased to announce this major investment at Alabama River Cellulose,” Hannan said. “This reflects our company’s strong commitment to our cellulose business, to the global competitiveness of skilled Georgia-Pacific employees, to the states that understand the value we create and to the support of the communities where we operate. We look forward to the full support of this community and this state for our company and operation.”

The investment in ARC follows more than $2.2 billion invested by Georgia-Pacific across Alabama in the last 10 years. The Alabama River Cellulose facility continues to support more than 440 direct jobs with annual compensation and benefits exceeding $55 million, according to Georgia-Pacific.

Work on the project announced today is slated to begin early next year, and construction is expected to require approximately 65 people per day for 18 months.

“Creating jobs is the most important thing we do,” Governor Bentley said at the ceremony.

He added: “The company’s investment at Alabama River Cellulose is an important future economic boost to Monroe County. I look forward to a continued partnership with Georgia-Pacific, and I appreciate the company’s significant investment in Alabama.”