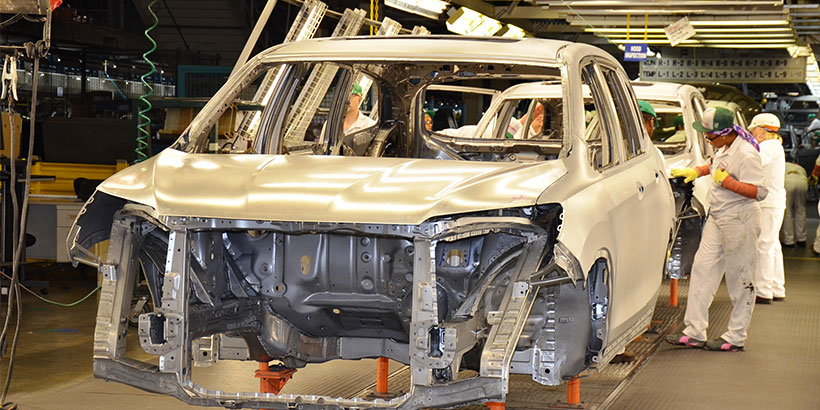 Mercedes-Benz, Honda and Hyundai produced a total of at least 1,033,095 vehicles last year, according to the Economic Development Partnership of Alabama, a key player in the growth of the industry of the state. The total is up slightly from 2014, when the trio’s production tally fell just shy of 995,000.

“Since Mercedes invested in Alabama over 20 years ago, Alabama has been successful at producing automobiles, with 2015 being our best year yet,” Governor Robert Bentley said. “Automotive manufacturing is an important industry in Alabama, and creates thousands of jobs for Alabamians. I am confident that 2016 will be an even better year as automobile manufacturers proudly produce vehicles ‘Made in Alabama’ and sell them around the world.”

Crossing the 1 million mark in annual production represents another reminder that Alabama’s auto industry has become a force in the industry.

“It’s a great achievement on the part of the automakers, their suppliers and the Alabama workers who build quality products throughout the year,” EDPA Executive Vice President Steve Sewell said.

Thanks to steady gains, Alabama is now the fifth largest auto producing state, and employment in the sector is approaching 40,000. Vehicles and parts have become the state’s top export category, reaching $6.6 billion in 2014. New auto-related investment in the sector during the past four years tops $5.5 billion.

“Alabama’s auto industry has been growing robustly, with significant new investment flowing into the state, creating jobs and expanding the sector’s footprint,” said Greg Canfield, secretary of the Alabama Department of Commerce. “It’s impressive that Alabama’s three assembly operations have crossed this important production milestone in a relatively short time, and it’s encouraging that the stage is set for continued growth in the industry.”

According to EDPA data, Hyundai’s Montgomery plant produced 384,519 vehicles in 2015, while the total at Honda’s facility in Lincoln was 349,386. The figure at Mercedes’ Vance factory was at least 300,000, the planned total. (Mercedes will announce an exact figure later this year.)

“The past year was a very productive and exciting time at Honda Manufacturing of Alabama as we brought on-line a technologically advanced automated engine assembly operation and successfully introduced the all-new 2016 Honda Pilot sport utility vehicle to customers,” said Ted Pratt, spokesman for Honda’s Alabama operation.

The rising production totals for Alabama automakers have fueled growth in the supply chain, with new suppliers such as SMP coming to the state. Meanwhile, parts makers already in the state, including Birmingham’s Kamtek, have launched expansions.

In addition, Alabama’s automakers continue to add to their production line-ups. This week, Hyundai announced plans to add the Santa Fe Sport SUV to the assembly line in Montgomery, joining the company’s Sonata and Elantra sedans. Later this year, Honda Alabama will resume production of the Ridgeline pickup as a completely new vehicle.

Those additions will push the number of vehicles produced in Alabama to 11.