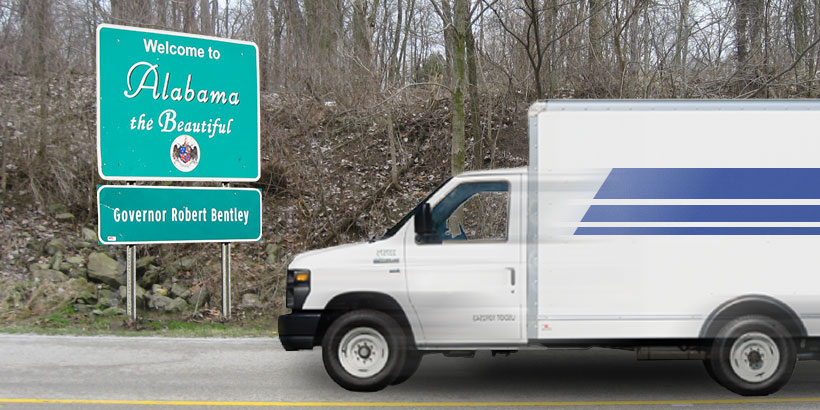 In the great Alabama migration, more residents are moving to the edges of the state. Other areas have not been so lucky.

According to the U.S. Census Bureau, the populations of Baldwin County, Madison County, and Lee County are all rapidly growing. In fact, these three counties have almost as much growth as the next 22 Alabama counties combined.

While these counties have grown, many other areas of the state have seen significant population declines, mostly in the Black Belt. From 2014-2015, 36 of Alabama’s 67 counties lost residents. Dallas County, home to Selma, saw the biggest loss, with 500 residents moving out.

Interestingly, Jefferson County, the most populous county in the state and home to the largest city, saw basically no change in its population. The county is now home to over 660,000 residents and the state has a population of 4.86 million.

This census data includes people moving within the state as well as those moving to Alabama for the first time. Overall, slightly more people moved out of Alabama than into the state last year (49% inbound vs. 51% outbound). Alabama was 22nd in number of people moving into the state. Oregon has seen the largest influx of new residents – 69% in the last year.

It’s clear that when new residents move to the state, they are choosing Baldwin, Madison, and Lee counties, and it’s easy to see why.

Huntsville, which resides in Madison County, was recently listed as the number one place to live if you’re an engineer, thanks to NASA’s Marshall Flight Center, the Army arsenal, and private defense industry.

Baldwin County is home to Alabama’s most popular vacation destinations: Gulf Shores and Orange Beach. The warm climate of the Gulf Coast and the laid-back, small town feel of Daphne, Fairhope, and Foley could also be drawing the aging Baby Boomer generation from the Northeast and Midwest, according to Michael Stoll, an economics professor at UCLA.

As the job market continues to lean towards more technology-based jobs that are mostly found in bigger cities, it’s easy to understand why cities like Huntsville are growing so quickly and the more rural parts of the state are hemorrhaging residents.

Alabama has taken a number of steps in recent years to attract more people to the state and retain more of its college graduates. High quality auto manufacturers, Google, and the Airbus facility have brought new jobs to the state and helped improve Alabama’s reputation for having a business-friendly environment. 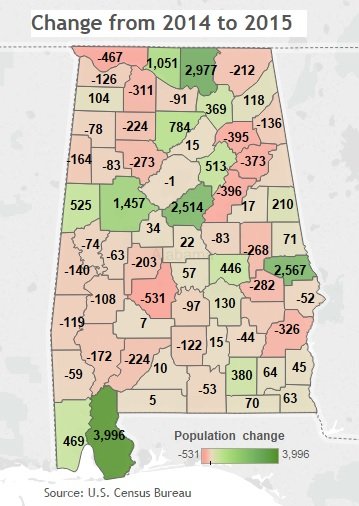