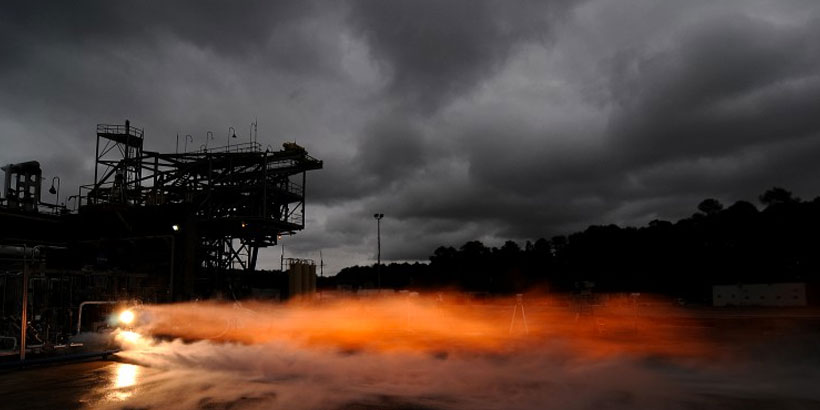 Over the past three years, Marshall has worked with several companies to produce and test complex 3-D printed rocket engine parts, including a turbopump that generated 2,000 horsepower, twice that of a NASCAR motor.

For the latest demonstration, the team connected the parts and test fired them together with cryogenic liquid hydrogen and oxygen. The turbopump raced to more than 90,000 revolutions per minute to produce 20,000 pounds of thrust.

That’s enough power for an upper stage of a rocket or a Mars lander, according to Nick Case, who led the test at the Alabama center.

NASA says additive manufacturing, or 3-D printing, is a key technology for enhancing space vehicle designs and manufacturing and enabling more affordable exploration missions. The technology has the potential to influence spacecraft built for leaving Earth and spaceships and landers for visiting other destinations.

The Alabama center has emerged as a hub for NASA’s 3-D printing initiatives. Earlier this year, Marshall engineers made the first full-scale copper rocket part using additive manufacturing, a milestone. In 2014, a Marshall team conducted tests that paved the way for a 3-D printer to be used on the International Space Station.