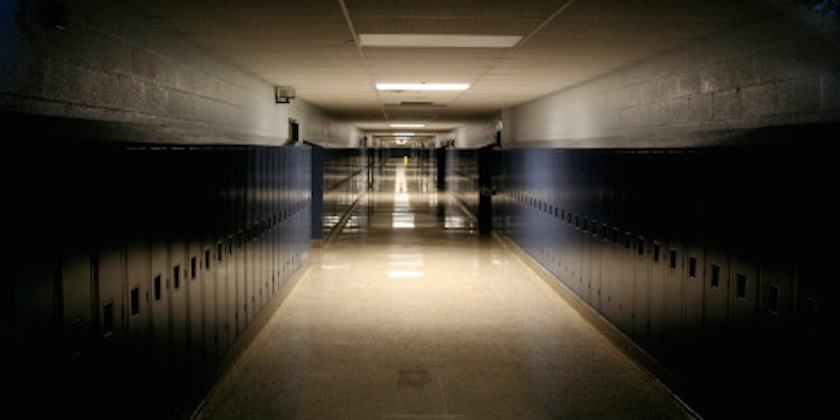 Terry Abbott, the former Chief of Staff at the U.S. Department of Education, came to that conclusion after the consulting firm he now chairs conducted a study on such relationships nationwide.

The Alabama Department of Education is tracking the number of investigations they’ve conducted of inappropriate sexual relationships between students and teachers. As of March 22, that number was 10. That number may not include investigations that occurred in last two to three weeks.

Abbott has declared it an epidemic.

His firm conducted a study of the incidents and discovered that 40 percent of the cases nationwide involved secret communications from teachers to students.

“We can’t pretend this isn’t a problem anymore. In some ways when you look at the rate of these cases per population, Alabama is the epicenter of that problem,” said Abbott. “Too many districts in Alabama and elsewhere have no policy prohibiting secret electronic communication between teachers and students. That’s a highway to hell.”

According to Abbott, the teachers are using social media as a tool to lure students into illegal relationships and the instances are more common with female teachers than male.

“Very often the teachers involved in these cases pick on students who they know have problems at home or who have physiological issues that they are dealing with. They know these children are, frankly, easy prey,” Abbott said.

He also noted that coaches have a higher propensity to engage in inappropriate relationships. Of the 253 cases of illegal student and school employee relationships studied by Abbott’s firm, 76 were school coaches.

“If I was advising a school district on how to stop this problem, the first thing I would tell them is to go see your coaches because that’s where the biggest group of these cases come from. Coaches are the probably the folks who spend the most time with kids outside of the classroom,” Abbott says.

The bill would require teachers to receive one hour of training on a variety of topics, ranging from what type of physical contact is inappropriate to how they should interact with students on social media and outside of the classroom.

It came just days after the Decatur Police Department arrested a 42-year-old teacher for having sex with students. Carrie Cabri Witt, a psychology and social studies teacher at Decatur High School, is accused have sexual relations with at least two students under the age of 19.

Three weeks ago, a 37-year-old algebra teacher at Central High Freshman Academy in Phenix city was also charged with having sex with one of her students.

And earlier this year a former Alabama high school teacher avoided charges that she had sex with one of her students because she decided to marry him.

However, due to negative reception, Ward decided not to move forward with the bill. Abbott supported the idea and said the state missed a valuable opportunity to learn.