Stephanie Bryan is a 2018 Yellowhammer Woman of Impact 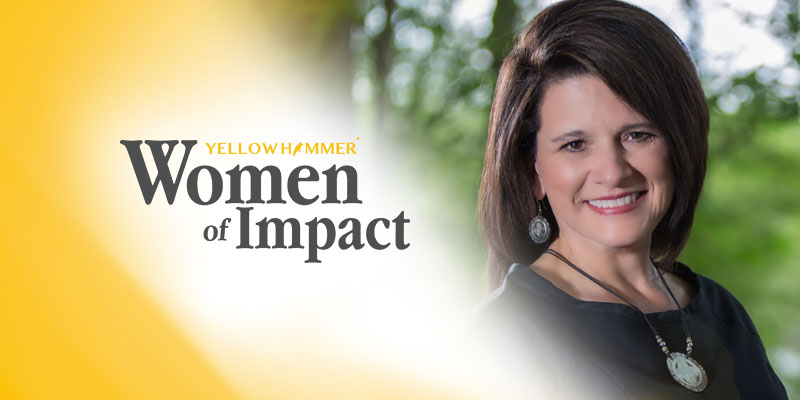 Did you know that the only federally recognized Indian tribe in Alabama operates as a sovereign nation with its own government and bylaws on a hard-won official reservation near Atmore?

Seated at the top of the tribe, in its highest leadership position, is a woman who has seen her people go from poverty to prosperity in the span of just a few decades.

In 2014, Stephanie Bryan, who will this month be honored as a 2018 Yellowhammer Woman of Impact, became the first female political leader elected to the position of tribal chair and CEO for the Poarch Band of Creek Indians, descendants of a segment of Creek Indians who once inhabited most of Alabama and Georgia.

Bryan told Yellowhammer News that it is not unusual for her tribe to prize women’s leadership because historically, they have had a “matrilineal society,” meaning that children are considered descendants from their mother’s clan, not their father’s.

“Women have traditionally been involved in the decision-making process for the greater good of the Tribe,” Bryan said, which includes nearly 3,000 enrolled members. “That said, I still grew up in the 80s in the deep South in a small town and there was no easy way to develop leadership skills.”

Bryan was raised by a single mother and said, “We didn’t have much money, but we had a lot of family, a lot of love, and a lot of fun.”

“We ran barefoot in the red dirt, played stickball, an old Indian game sort of like lacrosse, and spent a lot of time on the front porch shelling peas and just talking,” Bryan said. “I loved hearing the stories from my grandmother and aunts. They were funny and strong and had a deep faith in God and the future.

Bryan said her mother “pushed her to do more” because she did not want her daughter to remain poor, and that she went on to do well in high school, start a family young and attend the nearby junior college.

Bryan worked two jobs while raising her family in federally funded tribal housing and said her work in insurance taught her about business and customer service and forced her “to read a lot of complicated documents.”

Bryan’s mother was with her when she first won the tribal chair election, but passed away before she was reelected.

“I try to honor her by doing for others what she did for me. I listen,” said Bryan, who raised three children with her husband and has 10 grandchildren.

“Something else,” she said. “When another person has a good idea, I publicly recognize it. Because when we recognize each other’s value, we force others to recognize it too, and that is when one individual’s success strengthens us all.”

The tribe’s economy has grown a stunning 1000 percent since Bryan began serving as vice-chair in 2006, according to figures from the tribe’s office.

The Poarch Creeks also said their economic impact in Alabama includes these 2016 figures:

— 9,064: Direct and indirect jobs the tribe provides in Alabama.

— $414.1 million: Spent on goods and services by tribal government, CIEDA and PCIGA.

— $25 million: Educational scholarships the PBCI have provided to tribal members and first generation descendants since 2013.

Perhaps the tribe is best known for its Wind Creek branded gaming facilities located in Atmore, Wetumpka and Montgomery, its resorts and casinos in Aruba and Curacao, and its $250 million OWA (pronounced oh- wah) complex in Foley, which includes an amusement park and was named by the Alabama Tourism Department as its 2018 attraction of the year.

“I will always stay humble, no matter how far we grow as a Tribe,” Bryan said. “…I will always remember where I come from and how blessed I have been.”

Bryan will be among 20 Alabama women, including Gov. Kay Ivey, honored in a March 29 awards event in Birmingham that will benefit Big Oak Ranch. Event details and registration may be found here.