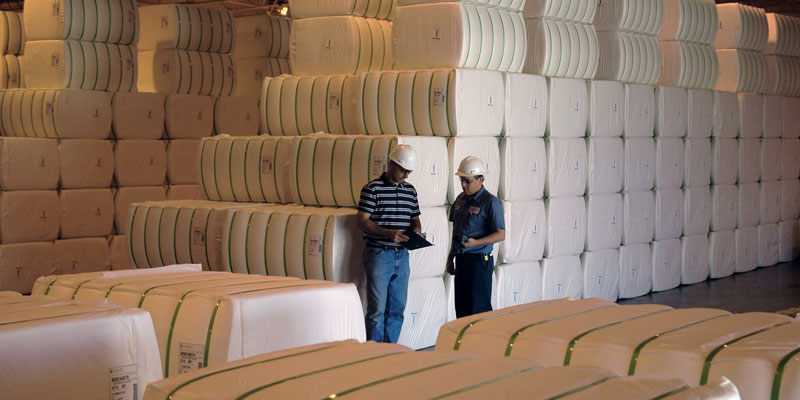 The Mobile County factory was the first commercial operation in the world to produce and market Lyocell, an eco-friendly, botanic fiber used in clothing and nonwoven products. The expansion project will add a second manufacturing facility for Lyocell, which Lenzing markets under the brand name Tencel.

“The expansion will more than double current Tencel production in Axis, making it the largest production site in the world, with a total capacity of 140,000 tons annually,” said Kevin Allen, site manager of the Lenzing Alabama plant.

“We are very proud to have in Axis the first-generation production site and now the most advanced, state-of-the-art facility in the same location,” he added.

The company’s plans were formally announced this morning at a ceremony at the Mobile Area Chamber of Commerce.

The Alabama expansion is the largest single investment in the history of Lenzing, which dates back almost 80 years. The company said the decision to build the new facility was supported by good infrastructure at the Axis site and by attractive energy costs.

Robert van de Kerkhof, the company’s chief commercial officer, said the project represents a “unique milestone” for the Axis facility and for the Lenzing, Austria-based industrial group, which has operations worldwide.

The Alabama fibers plant became operational in 1992, while the new facility at the site will begin production in 2019. It will be capable of producing 90,000 tons a year, becoming the largest single Tencel fiber plant in the world, according to Lenzing.

The Lenzing Alabama expansion – codenamed “Project Tasean” during recruitment – will provide a boost to the Mobile area’s manufacturing sector, where the average salary is $68,000 a year, more than 50 percent higher than the typical job.

The area’s chemical manufacturing sector, which includes 30 companies along a 60-mile corridor, is projected to continue growing. Employment in the corridor is expected to rise by 8.5 percent through 2020, compared to a 2.2 percent decline for the nation as a whole.

“Austria’s Lenzing is an innovative manufacturer with a longtime presence in Mobile County, Alabama, the home of its only U.S. production facility,” said Greg Canfield, secretary of the Alabama Department of Commerce.

“This significant new investment in its Mobile County operation will not only create jobs but also strengthen the partnership we have forged together over the years,” he added.

“This type of foreign direct investment and the addition of these high-wage jobs is yet another example of our manufacturing growth that continues to outpace the national rate,” Wayman said.

Efforts to expand manufacturing jobs in Mobile County have resulted in a 31 percent increase in factory positions between 2010 and 2015, according to data from the Chamber. That’s higher than the 9 percent growth recorded by Alabama and 7 percent for the U.S.

More than 4,600 factory jobs were added in that period by employers that include Airbus.

Wages for those employed in manufacturing in Mobile County have also risen. During the same time frame, manufacturing workers in the county have seen their wages jump 16 percent.

Merceria Ludgood, president of the Mobile County Commission, said the Lenzing expansion project is significant because it represents the fruits of the county’s labors to expand the local manufacturing sector.

“This announcement means jobs will be available right here in our county, keeping our best and brightest right here at home,” Ludgood said.