Dr. Nancy Dunlap is a 2018 Yellowhammer Woman of Impact 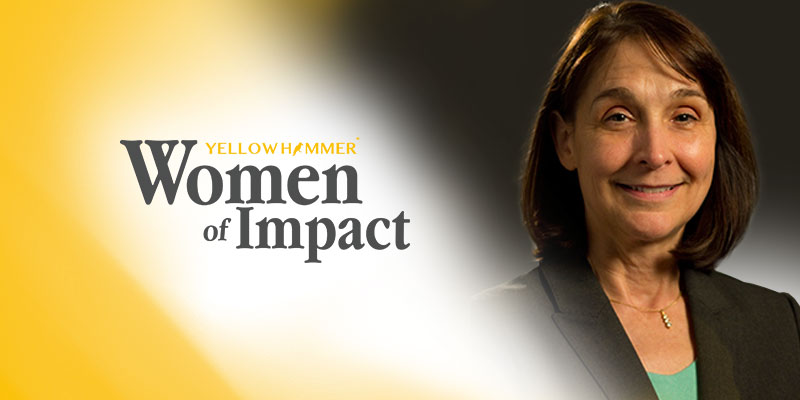 Dr. Nancy Dunlap may not be a household name, but her impact in the field of medicine has extended far beyond Alabama’s borders.

Dunlap, an emeritus professor of pulmonary and critical care medicine at the University of Alabama at Birmingham, is among the women to be honored this month at the Yellowhammer Women of Impact event.

Dunlap was special adviser to the Alabama Medicaid Advisory Commission and served on the National Health Policy Conference Advisory Board. Also a member of America’s Top Doctors, she served under former Alabama Gov. Bob Riley as secretary of the Emergency Response Commission to Address the Health Care Crisis.

In 2013, the National Governors Association tapped her to serve as physician-in-residence at the organization’s Center for Best Practices Health Division, where she helped develop recommendations for states to contain health care costs, manage diseases and improve technology.

“Her expertise and long-standing dedication will be very beneficial to our work for the nation’s governors,” National Governors Association Executive Director Dan Crippen said in a statement announcing her appointment at the time.

Later in 2013, Dunlap left Alabama to take a job as interim dean of the University of Virginia School of Medicine while the school searched for a permanent replacement. She served in that capacity for 18 months and then returned home to Alabama.

It is not just in medicine where Dunlap has made her mark, however. She has served the broader community in a number of ways. Most recently, she participated on a search committee that selected Melanie R. Bridgeforth to take over as president and CEO at the Women’s Fund of Greater Birmingham.

Birmingham Mayor Randall Woodfin also tapped her after his election last year to co-chair an advisory committee on social justice issues to help the incoming administration set priorities for the first 100 days.

Dunlap in 2016 joined the board of Southern Research, a nonprofit that works on drug discovery and development, advanced engineering research, and energy and environmental research.

Dunlap participated in a Women in Pulmonary Symposium at UAB and talked about the need to nurture women in science fields.

“I do believe that there is a tendency in every professional field to believe that women, particularly when they have families, would have balance issues. As a result, women aren’t put in leadership positions and fall behind their male peers,” Dunlap said, according to a report on UAB’s website. “If you haven’t held those leadership positions at a certain point, you fall behind professionally and can’t catch up. That’s why it is very important to nominate young faculty members to professional organizations.”

Those young female faculty members looking for a role model could find few better than Dunlap.

Join Women of Impact honoree Gov. Kay Ivey and special guests from across the state for a Birmingham awards event March 29 honoring the 20 Yellowhammer Women of Impact whose powerful contributions advance Alabama. Details and registration may be found here.