Alabama Congressman Mo Brooks may soon become the next candidate to enter the race for U.S. Senate.

“I have a very solid track record on limited government, lower taxes, and moral issues, which explains in part why voters have asked me to continue the jobs I have been elected to so many times,” Rep. Brooks said.

During an interview, he explained that the need to solve the nation’s debt crisis has reached a fever-pitch. He indicated that the issue could become a focal point in his campaign if he enters the race.

However, Brooks noted that his hesitation to declare a run for Senate comes from an expectation that the race will become contentious and attack-filled, which would be difficult on his family. Though, if his campaign’s bank account is any indication, he could certainly emerge as a top target. Currently, he holds $1.2 million in cash, which would allow him to begin a campaign with solid resources.

“Although I have more cash on hand than any other candidate, I am not yet in my comfort zone, given the enormity of the attacks that would be expected and the 7 figure costs required to defend against those attacks,” he said.

The Huntsville-area Congressman says that he will make a final decision on whether or not to run for Senate between May 15th and May 17th.

Senator Luther Strange has announced that he will vie for the seat that he currently holds. Others who have confirmed their candidacy include ousted Alabama Chief Justice Roy Moore, State Representative Ed Henry (R- Hartselle), and Randy Brinson, president of the Christian Coalition of Alabama. 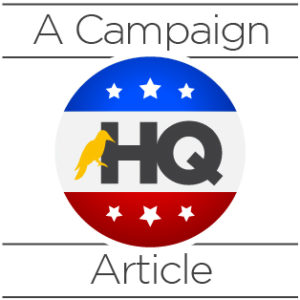