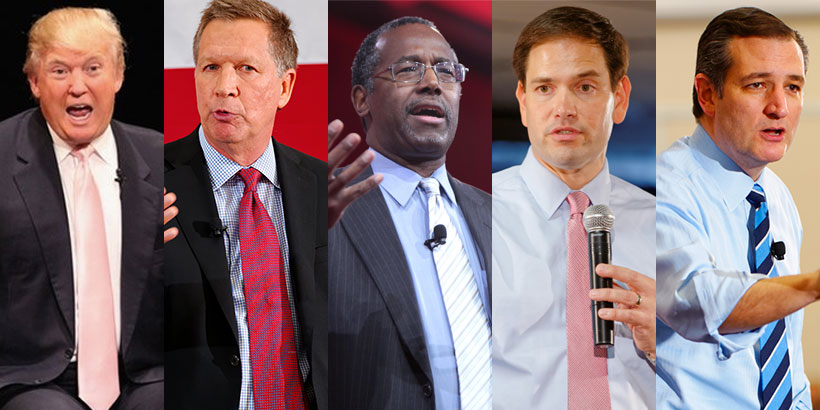 The Gatekeepers Association of Alabama, a new organization consisting of 20 clergy from around the state, has released their biblical rankings of the 2016 presidential candidates.

Candidates were graded on a scale of 1 to 5 stars, with five being the best biblical foundation for their stance on the issues. The group of pastors has been meeting twice monthly since August to discuss political candidates and how they rate on biblical worldview.

“We have dealt with abortion, same-sex marriage,” said Bishop Jim Lowe, pastor of Guiding Light Church in Birmingham. “As gatekeepers, it our responsibility to not only teach congregations but protect congregations from the outside intrusion of government deciding what is right and what is wrong. We want to inform congregations of those threats that come against the church. We’re like watchmen on the wall.”

However, the association wanted to make clear that the ranking should not be taken as endorsements.

“We are making clear that we do not intend to give specific endorsements to any politicians,” said Mitch Pacwa, who hosts the “EWTN Live” talk show on EWTN Global Catholic Network based in Irondale. “Our goal is to help in the process of educating our parishioners on what we’re looking for from candidates, a bottom line below which they can’t go in breaking God’s commandments.”

Despite rankings such as these from Christian groups, evangelicals have, with the exception of Iowa, chosen Trump over contenders like Marco Rubio and Ted Cruz who frequently cite their Christian backgrounds as a guidepost.

Cruz, who won the Iowa Caucuses and outperformed polls largely based on evangelical support, has a national prayer team. Trump couldn’t or wouldn’t name his favorite verse of the Bible and has made gaffes including misnaming one of its books. He did, however, suggest after Thursday night’s GOP debate that the IRS is audits him because he is a “strong Christian.”

The look on Cuomo’s face when Trump suggests he’s being audited by IRS because he’s a “strong Christian” https://t.co/l8Ho8P0soT