Reeder: ‘We’ve got a culture that is at a full-on tilt against religion, in general, but Christianity, in particular’ 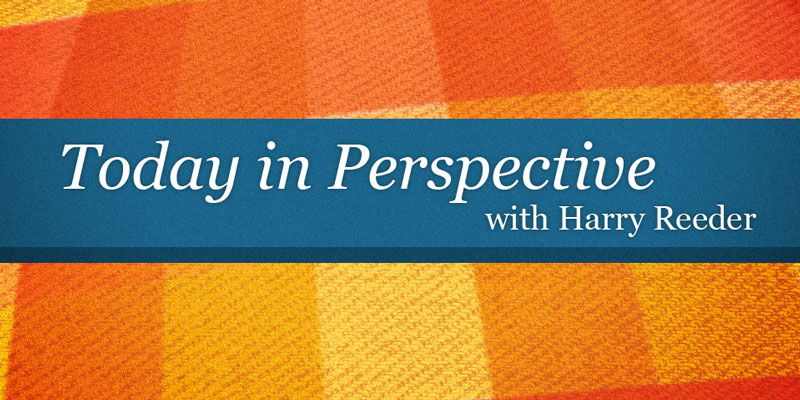 Listen to the 10-min audio:

TOM LAMPRECHT: Harry, I want to look back to last Sunday. While many people around this country were gathering for worship, down in a small Texas town of Sutherland Springs, which is about 30 miles east of San Antonio, a massacre occurred where 4 percent of the town’s population was killed by an individual who was, apparently, trying to get to his in-laws.

Harry, we know the story and it is heartbreaking. One particular family lost 8 members. Victims ranged from 5-years-old to 72-years-old.

Harry, let’s begin to try to put this in Biblical perspective.

DR. REEDER: It’s pretty clear that this was not a politically or religiously motivated killing, but we need to ask ourselves a question: “Why would something in a culture as sacrosanct – or something that is sacred – as a church building on our Lord’s Day, in worship, why would that now be a fair killing field in our culture?”

I don’t think the guy went in to kill Christians, but he knew his mother-in-law was a professing believer, was a member of the church and, I guess, anticipated that she would be there. So, he goes in and first we see the evil in his heart ready to kill, and second, he’s ready to kill multiple people in order to get to the target he wanted or for the purpose of effect.

Therefore, we see the reality of evil in the heart affirming the Christian world and life view that we are born with a sin nature and the only hope is that it is either restrained by common grace or we are transformed by redeeming grace when God gives us a new heart and a new nature.

However, you also need to ask yourself a question: “In God’s common grace, in our culture, places of worship would have been deemed off-limits for such activity. Now, it’s seen as a target-rich area for a killing field. Why is that happening?”

And then we’ve got other dynamics that are occurring, as well. One is the cultural elite and their response to the response of believers.

Whenever something like this happens, there are two questions that immediately occur:

-What happened? (We’re made in the image of God and we want to know the facts.)

Well, again, the Christian world and life view says it happens because men and women are born with a sin nature that will continually descend in a death spiral of depravity, violence and evil unless it is restrained by God’s grace which is the only antidote to any sin, including the sin of violence, evil and murder. And, therefore, common grace is that blessing of God where, through his people and their witness, salt and light comes into the world and sin is restrained.

As well, sin is restrained through another common grace gift of God, and that is the appropriate exercise of governmental authority, whereby, evil is punished and what is righteous is affirmed.

Therefore, we immediately realize something’s happening: we’ve got a culture that is at a full-on tilt against religion, in general, but Christianity, in particular. Jesus warned us it would be. And, therefore, as Christianity is being vacuumed out, the most effective instrument and antidote to the death spiral of a culture is being removed and, as it is being removed, it’s also being targeted.

TOM LAMPRECHT: Harry, let me take you to some comments that were made in response to House Speaker Paul Ryan’s request that people give the victims in Texas their prayers right now.

Hollywood elites tweeted: “They were in church. They had the prayers shot right out from underneath them. Maybe try something else.” Another tweeted, “Those slain were praying in church. Prayers are not a relevant intervention.”

DR. REEDER: Christian theology – and let’s make this clear – we don’t deify prayer and it’s not prayer that we put our trust in. It’s the Lord. How do you communicate with the Lord? By prayer.

Prayer is not the object of our faith, but prayer is an instrument in our faith, whereby, we put our trust in the Lord. And there are times, in a broken world, that God’s answers to prayers are not the ones that we actually are asking for.

There are times when we ask God to heal us and God says, “I’m not going to heal you.” Now, is that because God doesn’t love us?

No, it may be because God says, “Nope, you’ve done your job. Praise the Lord, I’m going to bring you on home. And, by the way, that’s going to be a whole lot better healing than just patching up this broken body for a few more years.” That’s why we say, “Not our will be done, but Your will be done.”

Now, basically, I want to tell all of those who decided to ridicule the call to prayer, “You just joined the gunman. The gunman ridiculed prayer. He went into a house of prayer when they’re worshipping and they’re praying and he killed people. So, you just identified with him in your view of prayer. And, by the way, what you just said will embolden other people not to treat such gatherings with sacredness because prayer is meaningless, isn’t it, according to your world and life view?”

But may I also tell my friends of the cultural elite – who I would love to talk with about the greatest prayer of all, “Lord be merciful to me, the sinner” – “You’re on a fool’s errand. Jesus doesn’t say, ‘If you pray.’ Jesus says, ‘When you pray,’ and then Jesus talks about how the pagans pray and Jesus talks about how the atheists pray in Romans 1. People pray. Now, the question isn’t ‘Are you going to pray?’ Everybody’s going to pray.”

The very cultural elite, something will happen in their life when they pray and I can promise you that. The Bible is very clear and Jesus says, “When you pray, you don’t get answers because you pray wrongly. That’s your problem. You pray in a self-centered or un-Biblical way.”

I want to say one more thing, Tom, that I think is very important here. When we see what’s happening in churches, I’m hearing two responses, “Oh my goodness. Arm up, close the doors, lock down when it comes time to worship.” The other thing that I’m seeing is, “Look, you’ve got about as much chance of getting killed at church as a lightning bolt strike,” and they go into statistics.

I think both are wrong in their approach. I think it’s very clear that this targeting of religion, in general, and Christianity, in particular, and churches is very clearly on the rise. Now, is it to the point that, every time that people go to church, they’re in danger? No, no, no, but that doesn’t mean we don’t realize it’s there.

We do not fear because whatever you fear will ultimately control your life. The only fear we are to have is the fear of the Lord because of his majesty and grandeur and that is a fear that motivates as the beginning of wisdom.

Paul said, “Be anxious for nothing.” Then Paul said this: “I have concerns for the churches.” Paul is saying, “I’m not going to let anxiety and fear control me. That doesn’t mean I don’t live with reasonable insight in a broken world.”

Do you know how many flat tires I’ve had in my life, Tom? I went back to try to think of it and I think I’ve had two but, every car I’ve ever driven, I’ve had a spare tire in it. Well, it’s the same thing here. The odds of getting shot at church, oh my goodness, let’s be honest about the statistics.

However, that does not mean, in a culture where people feel free to go into churches – and some motivated to go into churches to kill – that we’re not going to have something in place to care for others. Defending others is a part of a Christian world and life view.

It’s one thing for me to turn my cheek, but I don’t have to turn other people’s cheek to let them get killed because I’m called to defend others and that would be absolutely appropriate. So, it’s fine for church leadership to take precautions.