“We are excited that our early commitment to an aerospace incubator at our campus once again proved to be of value to Airbus’s evolving supply chain. Our solution is low cost and flexible and we are prepared to support their growth,” he said.

Wehner said the initial M-Technologie startup team will provide equipment design and support as well as final assembly technologies for the $600 million A320 family facility, and the airport authority will work closely with them to address expansion plans within the Brookley campus as Broetje ramps up its presence in tandem with Airbus’ production. The company specializes in “small tools,” line side equipment and processes required for the final assembly of aircraft.

Broetje-Automation emerged in 1979 from the long-established August Brötje Maschinenbau und Heizungstechnik and since 2012 has belonged to one of Germany’s leading private equity companies, Deutsche Beteiligungs AG. 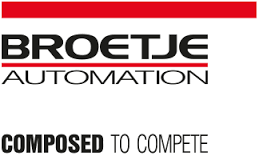 “This is a world-class partner that ultimately will impact the efficiency of the (Airbus) facility long term, so we’re really excited about that,” Wehner said.

Mobile County Commission President Jerry Carl said in a prepared statement the Broetje addition “shows that our ongoing efforts are finally paying off.”

“With more than three decades of experience in aircraft manufacturing, Broetje Automation will definitely contribute to the success of our aircraft product line and be a plus to our Mobile Aeroplex at Brookley,” Carl said.

Airbus’ U.S. manufacturing facility began production with its September 2015 inauguration at Mobile Aeroplex at Brookley and joins global operations in Toulouse, France; Hamburg, Germany; and Tianjin, China. The first of the Mobile-assembled narrow-body planes is slated for delivery to Jet Blue in the second quarter of this year, and another five aircraft bound for American Airlines are in varying stages of assembly at Brookley.