Where is the best fried chicken in Alabama?

In an online voting showdown, Simply Southern TV set out to declare a winner to the long asked question, where can you find the best fried chicken in Alabama?

Over a two week period, eight restaurants were pitted against each other in a bracket-style tournament.

In its three matchups, the Crenshaw County restaurant chalked up nearly 12,000 votes.  Throughout the contest over 31,000 votes were casts among all contestants.

Simply Southern TV, a cable television show hosted the challenge on its Facebook page.  As winners, Chicken Shack owners Mike and Drew Money will receive a plaque and $300, along with being featured in the fourth season of “Simply Southern TV.” 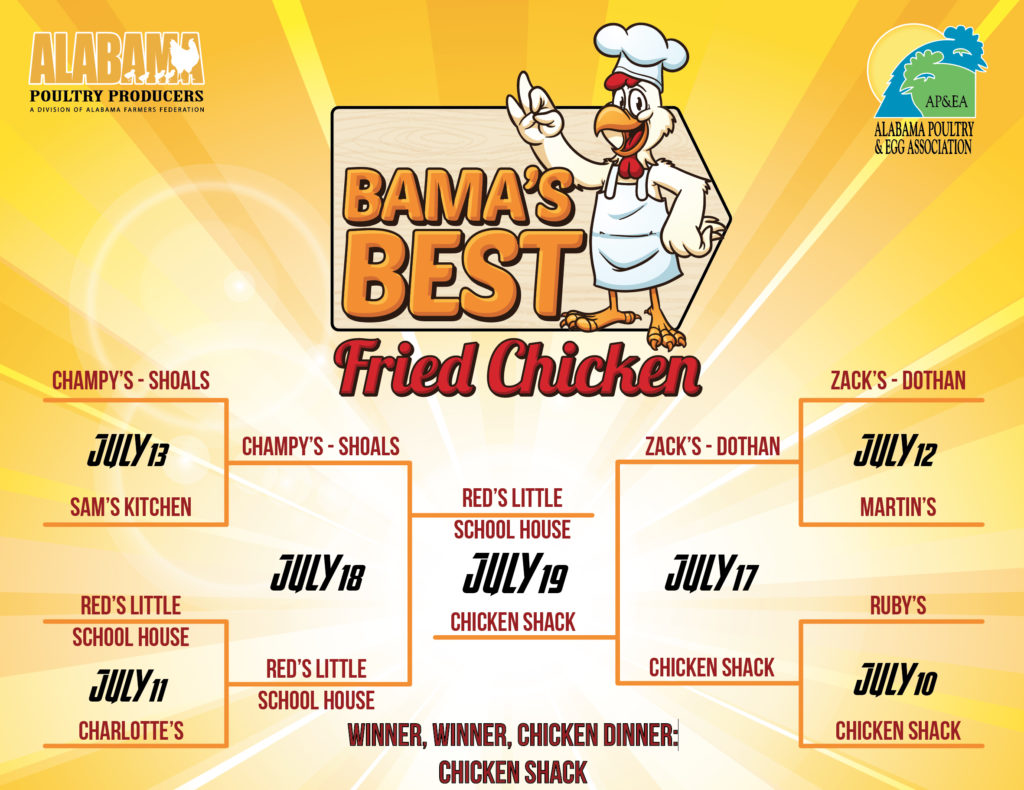