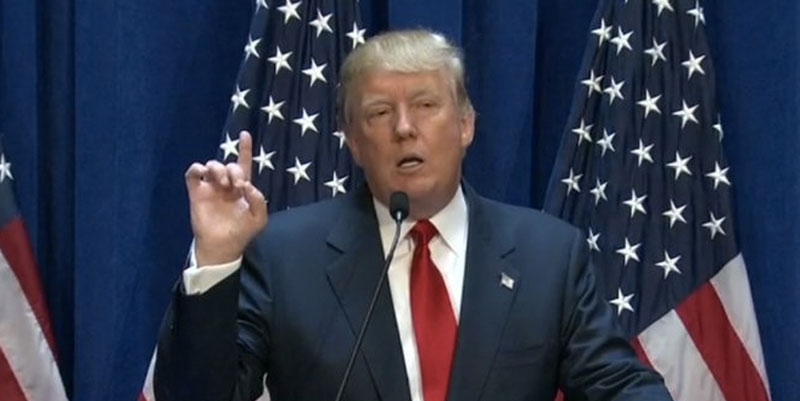 President Donald Trump reacted negatively to a report that the National Football League (NFL) is considering keeping players inside their locker rooms during the playing of the National Anthem before games.

Players have protested by kneeling, raising fists, and sitting during the Anthem at games, prompting public backlash and sharp public rebukes from Trump. In response, NFL owners are, reportedly, considering a rule that would require players to stay out of sight during the Anthem.

But, shunning the National Anthem is “almost as bad as kneeling,” Trump Tweeted in reponse to the news:

“The NFL is now thinking of a new idea – keeping teams in the Locker Room during the National Anthem next season. That’s almost as bad as kneeling! When will the highly paid Commissioner finally get tough and smart? This issue is killing your league!”

Trump has, previously, called for the suspension or firing of players who disrespect the National Anthem.