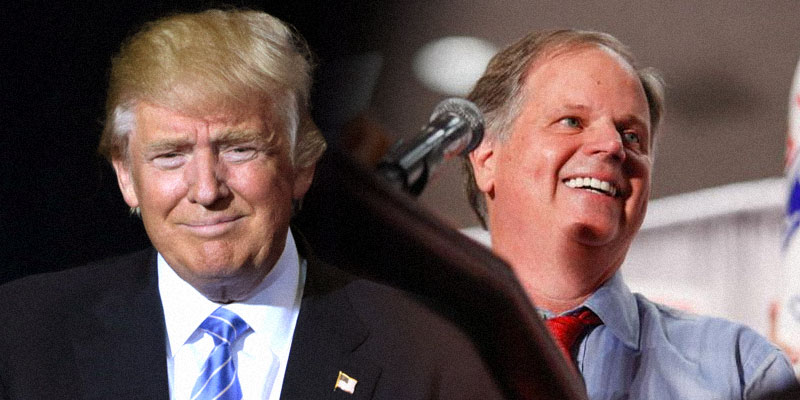 Trump also noted, “The write-in votes played a very big factor, but a win is a win. The people of Alabama are great, and the Republicans will have another shot at this seat in a very short period of time. It never ends!”

Trump endorsed Republican Luther Strange in the primary, but when Moore won, the president repeatedly urged Alabama voters to choose Moore, despite allegations of Moore’s inappropriate relationships with teenage girls, one as young as 14, when Moore was in his 30s.

In his first tweet of Wednesday, Trump said he knew Moore could not win: “The reason I originally endorsed Luther Strange (and his numbers went up mightily), is that I said Roy Moore will not be able to win the General Election.  I was right! Roy worked hard but the deck was stacked against him!”

Moore has not yet conceded the race, but there seems to be no question that Mr. Jones will be coming to Washington.

“When the vote is this close, it’s not over,” Moore told supporters at his election night rally. He complained about being “painted in an unfavorable and unfaithful light,” and said he will let the “process play out.”

Jones told his supporters he’s been “waiting all my life, and now I just don’t know what the hell to say.”

“But I want to make sure, in all seriousness, there are important issues facing this country, there are important issues of health care and jobs and the economy. And I want to — I would like, as everyone in the entire probably free world knows right now, we’ve tried to make sure that this campaign was about finding common ground and reaching across and actually getting things done for the people,” Jones said.