Terry Lathan is a 2018 Yellowhammer Woman of Impact 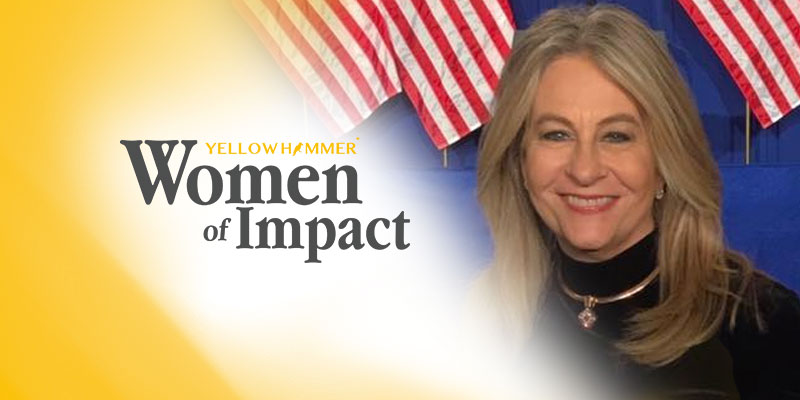 In three years as chairwoman of the Alabama Republican Party, Terry Lathan has presided over a party that dominates state politics.

Under her supervision in 2016, the party delivered a landslide victory for President Donald Trump in the Heart of Dixie.

The electoral success, however, masks the fact that Lathan’s tenure has been challenging. She has had to deal with scandals not of her own making that touched all three branches of state government and decide how to navigate various allegations of disloyalty against GOP primary candidates.

And, of course, she watched as Democrat Doug Jones (D-Mountain Brook) became the first Democrat in a generation to win a U.S. Senate seat.

Lathan seemed clear-eyed about the difficulties — and potential rewards — when she launched her bid to lead the party in 2014.

“I look forward to this challenge and am excited about the opportunity to assist you and Republican voters as a servant of conservative causes,” she wrote in a letter to party faithful at the time.

Few party leaders have been better-prepared than Lathan, a 2018 Yellohammer Woman of Impact. Forming one half of a Republican power couple, along with Mobile County contractor and longtime GOP activist Jerry Lathan, Terry Lathan has spent decades toiling in the trenches.

Before her election as chairwoman, she had spent a quarter century on the Alabama Republican Executive Committee. She also led the Mobile County Republican Party and served in eight different leadership positions.

A veteran of seven Republican National Conventions, Lathan received the Mobile County Republican Party Lifetime Achievement Award in 2008 and shared the 2004 Alabama Republican of the Year award with her husband.

Much of Lathan’s time has been spent trying to put out fires. In January 2016, she guided the party’s executive committee to pass a resolution calling on House Speaker Mike Hubbard — then under indictment on corruption charges — to step down from his leadership role. Lathan said in a news release at the time that the Legislature needed “full time focused attention on the people’s business.”

Fifteen months later, the state party called on then-Gov. Robert Bentley to resign amid allegations that he abused his office by hiding an affair with an adviser.

But Lathan and the Executive Committee stuck with Senate nominee Roy Moore last year after allegations that he had inappropriate contact with young girls in the 1970s when he was a prosecutor in Etowah County.

The party under Lathan also has taken actions against candidates accused of disloyalty, barring some from the GOP primary ballots and allow others to run under the party’s banner.

Despite the challenges, though, the party has had much to crow about under Lathan’s leadership. With 60 percent of all partisan offices in the state, the Republican Party is at its highest standing in history in Alabama.

“Our state saw a large number of new registered voters participate for the first time in our election,” Lathan said at the time. “There is no doubt that the opportunity to take back our country from Barack Obama and Hillary Clinton’s liberal agenda has the full attention of our citizens.”

Lathan will be among 20 Alabama women, including Gov. Kay Ivey, honored in a March 29 awards event in Birmingham that will benefit Big Oak Ranch. Event details and registration may be found here.

Updated at 5:18 p.m. to correct an error in when Lathan’s tenure as party chairwoman began.