WHOA: All the work Alabamians did in 2016 prior to this week went to pay taxes 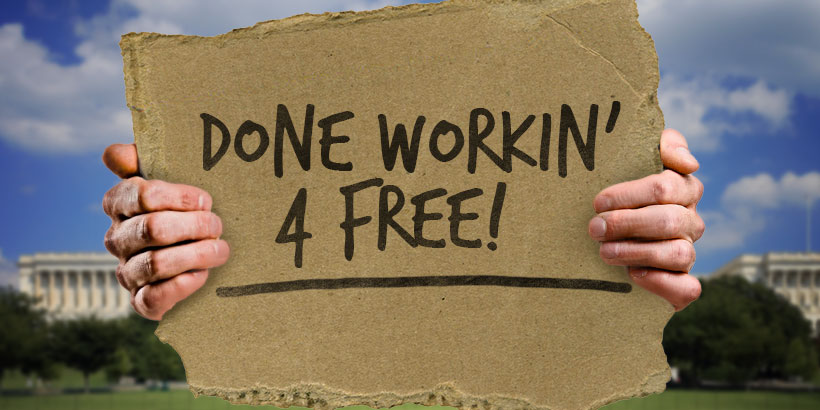 Happy Tax Day! Whether you began the pencil pushing months ago, or prefer to file last minute, April 18th means the majority of Alabamians have finished the annual paperwork headache. But, did you know that you’ve actually just finished making enough money to pay your tax bill for the year?

April 8 was Alabama’s Tax Freedom Day®—the day, calculated each year by the Tax Foundation, when Alabama taxpayers have collectively earned enough money to pay their federal, state, and local tax bill for the year.

If it shocks you to learn that every dime you’ve worked for so far this year has gone straight to government pocketbooks, you might take comfort to know that the Yellowhammer state compares well to the rest of nation, landing 4th best among other states in its tax burden ranking. But the picture is less bright when it comes to comparisons to our neighbors in the Southeast.

Alabama ranks behind states in the region including Tennessee, Mississippi, and Louisiana, which matters because tax policy has direct consequences on the state’s economy and the well-being of individuals and families.

A good tax code is simple to define: It should have a broad base—meaning it spreads the tax burden across range of sources while eliminating loopholes—and it should have overall low rates. A tax code with these characteristics helps attract economic activity to the state: the lower the cost of doing business, the better. More businesses mean more economic growth and more jobs for Alabamians. And, more economic growth means higher incomes for Alabamians. The formula for success is pretty simple.

Unfortunately, Alabama has chosen to reject this approach and, instead, increasingly leans on government to “create” economic growth by selecting certain businesses to receive tax breaks and other subsidies. That’s right, state government bureaucrats tax you and then hand your money out to companies of their choice. These tax breaks and incentive packages have totaled billions of dollars over the last 20 years!

This practice is called cronyism. Businesses with political connections get a nice deal from the state and you, the taxpayer, foot the bill. Multimillion dollar tax incentive packages have most recently been given to high profile companies like Airbus ($125 million in tax credits and cash for locating in Mobile) and Daimler (its total subsidy is valued at $100 million).

This is not a broad tax base – some are shouldering the heavy tax burden so that others can get a break. Not only is this unfair, but the argument that the practice creates jobs and economic growth certainly doesn’t hold water. Government investments have a miserable track record. Take the case of ThyssenKrupp, which received tax abatements in Alabama totaling $600 million in 2011. In the end, each job ThyssenKrupp created cost taxpayers a whopping $300,000!

Our government is taxing some Alabamians excessively in order to distribute that hard earned money to others. This is bad tax policy, and at the end of the day, Alabamians pay for it.

A better approach for supporting growth, opportunity and higher incomes, while allowing taxpayers to keep more of their hard earned money is to spread the tax burden equally and lower tax rates for all—individuals and companies alike.

The bottom line is that the tax burden for hardworking Alabamians is already large enough, and marking Tax Freedom Day® shines a bright light on the situation. Alabamians should ask more of their state by demanding it do less: broaden the tax base, lower corporate and personal income rates, and allow Alabama’s economy to flourish.

Courtney Michaluk is a policy analyst for the Manuel H. Johnson Center for Political Economy at Troy University.