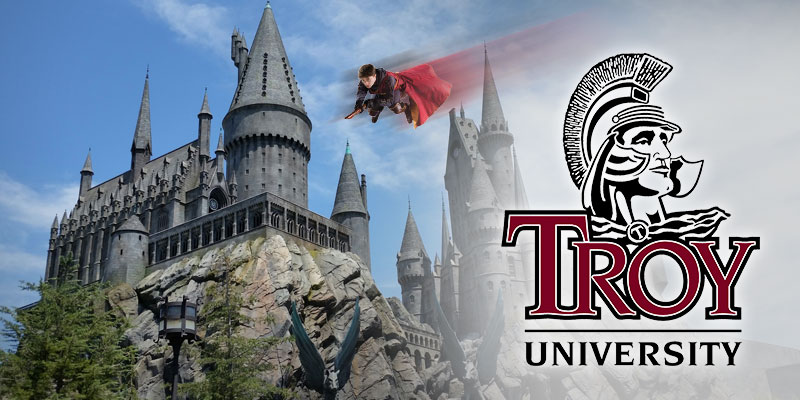 TROY, Ala. — William Shakespeare, F. Scott Fitzgerald, and now…J.K. Rowling. In the upcoming spring 2017 semester, students at Troy University will have the opportunity to study the literary merit of the popular Harry Potter series.

According to Troy professor Noel Kaylor, the class filled up almost immediately after it was announced. The response has been tremendous, it’s great,” Kaylor told Al.com.

Information about the class was first posted on the University’s Facebook page, which received over 27,000 views within only a few hours. A post on the school’s official website stated the course is offered to students wit six credits in 2000-level courses, and the three credits from the course will count toward English students’ major credits.

“We are going to get into the literary quality of Rowling as a writer, the philosophical issues dealt with in the books, the educational issues and the magic,” Kaylor said on Troy’s site. “In the case of a Harry Potter class, studying Rowling’s books really demonstrates for us how crucial young adult literature is to forming readers’ lifelong relationships with books, the emotional investment they place in sagas and how the use of myths and magic in the books dramatize contemporary attitudes to imagination and creativity.”

Kaylor’s class will discuss all seven books, and students will be broken up into groups to cover the different entries in the series. While each student will not be responsible for reading each book, Kaylor suspects that “most students will have already read the books three or four times before they show up for the class.”

Courses of the sort are not uncommon. Fantasy series such as C.S. Lewis’ The Chronicles of Narnia and J.R.R. Tolkien’s The Lord of the Rings have long been taught at the university level. “There have been courses taught here and elsewhere, like Tolkien’s The Lord of the Rings, and I thought, ‘Well why not Harry Potter?’ Kaylor said. “So I threw out the idea. Dr. Earl Ingram [Senior Vice Chancellor for Academics] enthusiastically received it. ”