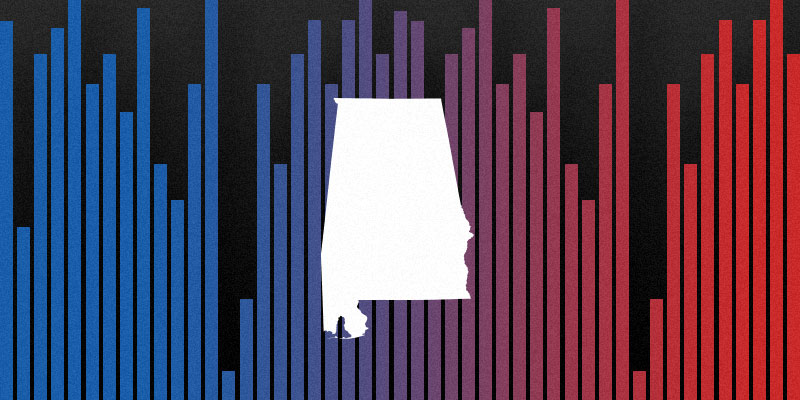 Wes Anderson of OnMessage Inc., who won the American Association of Political Consultants’ “Pollster of the Year” award in 2018, conducted the survey December 3-5 via live telephone callers (65% landline/35% cellphone). The poll measures 700 likely Alabama GOP primary voters; the margin of error is +/- 3.70%.

On the ballot-test (when voters were asked who they plan to vote for in the primary), Sessions garnered an eye-popping 44% of respondents. He was followed by former Auburn University head football coach Tommy Tuberville at 21%, Congressman Bradley Byrne (AL-01) at 14%, former Alabama Supreme Court Chief Justice Roy Moore at 7% and State Rep. Arnold Mooney (R-Indian Springs) at 1% while 12% were undecided.

The survey also showed impressive favorability ratings for Sessions. 71% of respondents said they had a favorable view of Sessions, compared to 21% viewing him unfavorably. This equaled a 50-point positive net favorability. With 8% responding they had no opinion of Sessions, this meant he had 100% name identification in the survey.

Tuberville also came in second on favorability. He had a 33-point positive net favorability, at 50% favorable and 17% unfavorable. 10% had never heard of Tuberville and 22% had no opinion.

Byrne had a 26-point positive net favorability. 37% viewed him favorably compared to 11% unfavorably. 26% had never heard of Byrne and another 26% had no opinion.

In the polling memo written Monday, Anderson, the pollster, wrote, “Senator Sessions is very well positioned to win the primary and then to take this seat away from the Democrats next November by defeating Senator Doug Jones.”

The memo also advised, “Unlike other candidates, Sessions’ vote and favorability ratings are not regional, rather Sessions is strong in every corner of the state.”

In a statement, Sessions campaign manager Jon Jones added, “Jeff Sessions is a conservative, principled leader who is trusted by the people of Alabama. That’s clear when you talk to voters around the state, and this survey bears that out.”

“Senator Sessions is busy crisscrossing the state talking to voters, and our campaign has incredible momentum — but we aren’t taking a single vote for granted,” he concluded.

This poll may very well come as a surprise to political observers. An election analyst for FiveThirtyEight in early November wrote an article headlined, “Jeff Sessions Might Struggle To Win Back His Old Senate Seat.”

While many had speculated that President Donald Trump would vocally oppose Sessions’ candidacy, that has not — at least yet — occurred. Merrill in suspending his own campaign pointed to Sessions entering the race. Merrill also recently credited Senator Richard Shelby (R-AL) as the main reason why Trump has not come out against Sessions in the race. Shelby has endorsed Sessions.

Before Sessions entered the race, a non-internal survey conducted by Montgomery-based Cygnal in October showed Tuberville leading the pack at 32%, followed by Byrne with 18%, Moore with 10.6%, Merrill with 8.6%, Mooney with 2% and former televangelist Stanley Adair with 1%. Of the respondents, 27.9% were undecided.

A poll conducted by WPA Intelligence on behalf of Club for Growth later in October, before Sessions had entered the race, showed Sessions at 36%, Tuberville at 23%, Byrne at 11%, Moore at 11%, Merrill at 6% and Mooney at 2%. Club for Growth urged Sessions to enter the race before he got in.