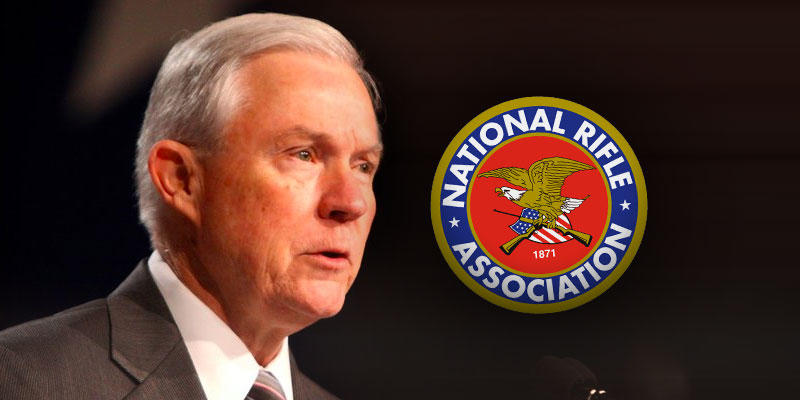 The National Rifle Association’s (NRA) political arm endorsed Jeff Sessions’ 2020 campaign for the U.S. Senate on Friday, with just over two weeks to go before his Republican primary runoff against Tommy Tuberville.

The chair of the National Rifle Association Political Victory Fund (NRA-PVF) told Sessions he received the endorsement, “Based on your strong leadership on Second Amendment issues as a U.S. Senator and U.S. Attorney General.”

“I am honored to have the NRA’s endorsement. The Second Amendment is a bedrock right for all Americans and it guarantees and secures our freedom and liberty,” Sessions said in a statement.

During his 20 years in the U.S. Senate, Sessions amassed one of the most consistent pro-gun voting records of any member in Congress.

As such, Sessions has long carried an A+ rating from the NRA, the organization’s highest grade.

Ouimet explained, “An A+ is reserved for a candidate with an excellent voting record on all critical NRA issues and who has made a vigorous effort to promote and defend the Second Amendment.”

“This is an extremely important and valuable endorsement that sends a strong message to Alabama voters about who they can trust to defend their rights in Washington,” added Sessions.

Turning to the subject of his opponent, Sessions remarked, “Alabama cannot afford to send an untested, unproven, weak-kneed greenhorn to the Senate who will get run over by Schumer and Pelosi.”

It has been a busy week for endorsements in the GOP race to face U.S. Senator Doug Jones (D-AL) this November.

Sessions and Tuberville will face each other at the ballot box on March 31.