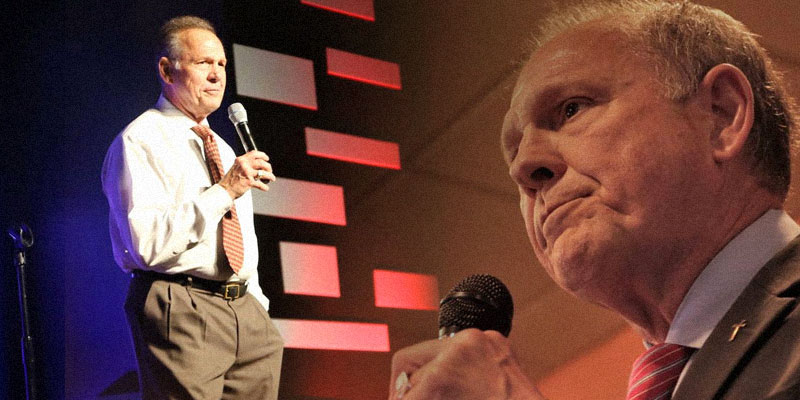 The continuing efforts to explain away the allegations against Roy Moore as merely a new front in some national war between political factions have reached a new, utterly dishonest, and immoral low with a piece by the otherwise esteemed Angelo Codevilla in The American Spectator.

Back before enough people were making such observations, Codevilla had made waves, rightfully so, with what became a semi-famous essay at AmSpec in 2010 asserting that an arrogant “ruling class” in America regularly tramples the wishes of ordinary Americans. He lengthened his essay into a small book that sold quite well. And he had a point: Members of both parties in Washington were far more likely to answer to powerful lobbies and moneyed interests than to the clearly and repeatedly expressed viewpoints on what once was known colloquially as “Main Street.”

Seven years later, that insight is trite and hackneyed. Of course it still holds some elements of truth, but Codevilla and others are so in love with this construct that they want to shoehorn virtually every extant cultural and political issue into this model of the mean old elites versus the poor, put-upon populace. Now, like clockwork, Codevilla comes with his new essay insisting that this entire new controversy about Moore is nothing more than yet another attempt by the elites to assert control.

And immoral poppycock at that.

If a man abuses an underage girl, politics doesn’t matter. In fact, any time a full adult preys on a minor, man or woman, the truth is important whether politics are implicated or not, and no matter whose politics are implicated. Whether the accused is Anthony Weiner or Dennis Hastert or Roy Moore or your next-door neighbor, sexual predation against a minor should be outed and penalized. Period.

To assume that such allegations are about nothing more than politics is to belittle the seriousness of the alleged crime or immorality. To discount the allegations as just a skirmish in a cultural attack by shadowy elites is to adopt the Left’s false theory that everything is politics and that any story involving a politician must be seen as politics first, last and always.

Yet if these women are telling the truth, then all decent people should say that the truth, and their well-being, supersedes politics. Period, end of story. It matters not whose political ox is gored; what matters is that childhood and adolescence be protected.

But that’s not what Codevilla says. Instead, he writes, “It has nothing to do with what he may have done four decades ago, and everything with the threat that his election now poses to the [elite’s] power to run the country while de-legitimizing the rest of Americans and their culture.”

This is as immoral a statement as I’ve ever seen in a reputable conservative journal. “Nothing to do with what he may have done four decades ago?” Really? If we were talking about whether Moore slept around with his own contemporaries four decades ago, that would be one thing. It would receive bored yawns and a change of the channel.

But we’re talking about allegations that he made somewhat of a habit of asking girls as young as 16 out on dates, that he forcefully groped and threatened one such 16-year-old, and that he partially disrobed and fondled a 14-year-old.

Today’s controversy has not “nothing,” but rather absolutely everything, to do with whether the allegations are true. To look at them any other way is to park one’s morals in Ted Kennedyland.

This was a carefully reported news investigation with more than 30 sources, a fair number of them named. The dates of courthouse appearances check out. The employment records of the girls check out. Multiple friends of the various girls say they were told of Moore’s actions contemporaneously. Mothers of the girls confirm that Moore did indeed ask them out. Later reports quote former colleagues of Moore as saying he did generally pursue at least older teens.

Martha Brackett “says she refused to grant Moore permission to date her 16-year-old daughter.” Betsy Davis “says she clearly remembers Corfman talking about seeing an older man named Roy Moore when they were teenagers.”  Gena Richardson’s account, including apparently that of being called out of her classroom via intercom to accept a phone call from Moore, “was corroborated by classmate and Sears co-worker Kayla McLaughlin.”

Not even all these on-the-record corroborations (plus dozens on background) necessarily prove that Moore did the worst of the things alleged. But they are the very definition of significant “substantiation.” The difference between Codevilla’s “wholly unsubstantiated” and the actual Post’s careful and impressive, journalistically sound substantiations (at least in large part), is the difference between willful mendacity (Codevilla) and objective presentation of evidence (the Post).

Even with all of this careful reporting, there is reason to give – and even more reason to want to give – Moore the benefit of the doubt. (In numerous columns and TV appearances I have refrained from offering a firm judgment of the stories’ veracity.) But to dismiss it as all politics, and to spread the sheer falsehood that the allegations are wholly unsubstantiated, is to multiply the possible sin committed against these onetime girls.

Even so, were this only Codevilla’s column at issue, it wouldn’t be worth the refutation. The problem is that all over the country, partisans and ideologues on both sides are treating these stories first and foremost as a political dispute, rather than as an important moral question regarding long-delayed potential justice for innocent victims.

If the allegations are false, Moore has been smeared beyond imagining, and the wrongful accusers will need to answer to their Maker while Moore gets his innocence shouted from the rooftops. But if the worst of the allegations are true, then the sunlight now shining on Moore’s alleged behavior can help the victims move on. It is that very human consideration, not any political one, which should be paramount.