Deborah Edwards Barnhart is a 2018 Yellowhammer Woman of Impact 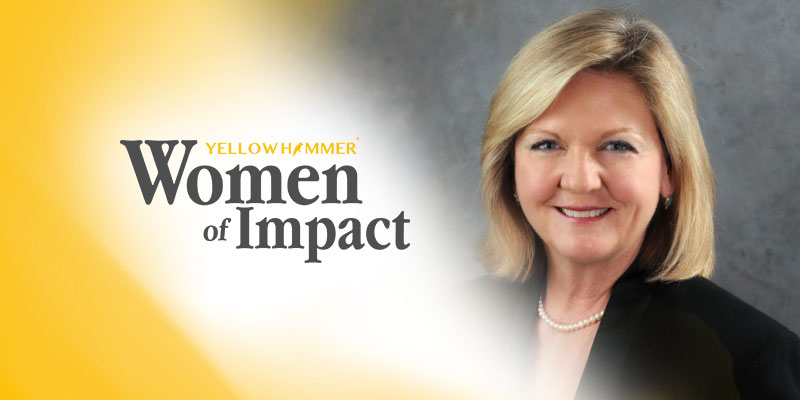 The U.S. Space and Rocket Center may teach visitors about space vehicles that defy gravity, but for its CEO and Executive Director Deborah Edwards Barnhart, the center itself has proved gravitational – pulling her into its orbit several times throughout her four-decade career.

Barnhart, who will this month be honored as a Yellowhammer Woman of Impact, began working in public affairs and marketing at the Space and Rocket Center in the early 1970s when she was in her final year at the University of Alabama in Huntsville, according to a 2012 U.S. army article detailing her background.

After some time away, she returned to manage publicity when the center added the space shuttle.

“That’s when I became interested in satellites,” Barnhart told Army.mil reporter Kari Hawkins. “At that time, the Navy was in charge of all satellite programs. My father had been a Navy Seabee in World War II and my brother attended the Naval Academy. So, at the age of 27, I joined the Navy to work on satellites.”

Barnhart would serve 26 years in the military — achieving the rank of Navy captain and becoming one of the first 10 women certified to serve aboard Navy ships — before returning to the Space and Rocket Center in 1986 to serve as the director of Space Camp and Space Academy.

She went on to hold leadership roles in three major aerospace and defense companies including Honeywell International, United Technologies Aerospace and McDonnell Douglas. She also raised two children and earned graduate degrees from the University of Maryland and the Massachusetts Institute of Technology and a doctorate in strategy and supervision from Vanderbilt University.

Barnhart had retired from Honeywell and moved to Florida, where she did consulting and owned and managed two thoroughbred training centers, when she was recruited to take her fourth role at the U.S. Space and Rocket Center – this time as its CEO.

Since taking the position in 2010, Barnhart is credited with restoring the center’s financial health after it struggled for years with a staggering amount of debt racked up in the late 1990s.

“The Center is financially sound, engaged with our community, and focused on our mission of lighting the fires of imagination,” Barnhart wrote in the report.

Nearly 16 million people have toured the center since it opened in 1970. It is the largest spaceflight museum in the world.

Barnhart received NASA’s Distinguished Public Service Medal, its highest non-government recognition, and last October she was inducted into the Alabama Academy of Honor, along with Gov. Kay Ivey and two other women (the first time a class of inductees has all been female).

Barnhart will again be honored with Gov. Ivey in an awards event March 29 in Birmingham. The Yellowhammer Women of Impact event will honor 20 women making an impact in Alabama and will benefit Big Oak Ranch. Details and registration may be found here.