Debbie Long is a 2018 Yellowhammer Woman of Impact 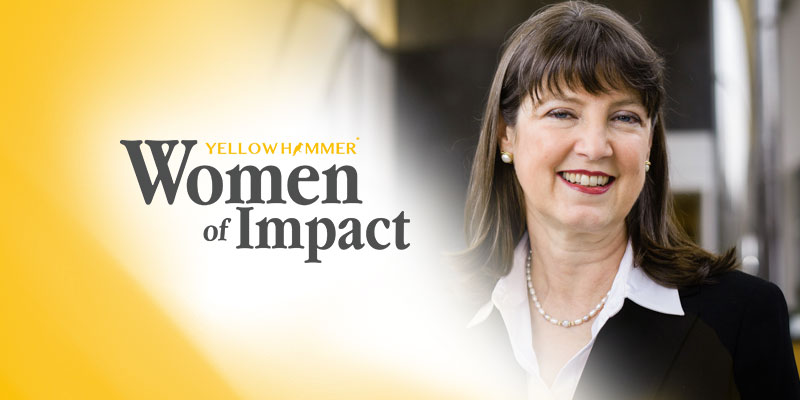 This summer, Debbie Long will call it a career at Protective Life Corp.

What a career it has been.

Long, who also is a 2018 Yellowhammer Woman of Impact, served as executive vice president, chief legal officer and corporate secretary of the insurance company before taking on a part-time advisory role this year. She is one of Alabama’s highest-paid female executives.
Long also has been a big contributor to her community.

Long told Business Alabama in 2012 that she always wanted to be a lawyer, although first she had idealistic visions of saving the world. After graduating in 1980 from the University of Alabama Law School and then clerking for a federal appeals court Judge Frank Johnson, she went to work for a law firm and practiced corporate law.

“Although I hadn’t initially wanted to practice business law, I found I loved it,” she told the publication.

Long left the firm along with several other lawyers to help form the powerhouse Birmingham firm of Maynard, Cooper and Gale.

In 1992, Long joined the board of Protective Life as general counsel of the insurance company.

Long told Business Alabama that her advice to would-be business leaders would be to stay open to opportunities that might come along at unexpected times.

“It’s very doubtful that someone’s going to come to you early in your career and say, ‘I want to be your mentor,’” she said. “It’s far more likely you will meet people along the way who will give you great advice if you are open to receiving it. Someone at a cocktail party might say something that could change your life.”

Long has been active in the larger business community. She has served as chairwoman of the Business Council of Alabama’s Judicial and Legal Reform Committee and also has worked on the Tax and Fiscal Policy Committee, the Federal Affairs Committee and on the board of ProgressPAC — the lobby’s political action committee.

Last year, the BCA honored her with the Robert W. “Bubba” Lee Political Courage Award, given each year to someone who is willing to take the right position regardless of cost.

“She has shown through her support that she cares about the Alabama business community and she values the role we play and the jobs we create,” BCA Chairman Perry Hand said at the time. “She has been a distinguished member of the Alabama and Birmingham business communities for nearly three decades.”

Her charitable endeavors include Big Brothers/Big Sisters of Greater Birmingham, the YWCA of Birmingham, Oasis Women’s Counseling Center, the Birmingham Museum of Art and Partners in Neighborhood Growth Inc.

In addition, she serves on the Alabama Women’s Commission and the Public Affairs Research Council of Alabama, as well as The Fellows program of the American Bar Foundation.

“It is her commitment to excellence that has made her such a valuable asset to Alabama’s business community, and there are few individuals more dedicated to our corporate community, the rule of law, and the political arena than Debbie Long,” Hand said last year.

Join Long and special guests from across the state for a Birmingham awards event March 29 honoring the 20 Yellowhammer Women of Impact whose powerful contributions advance Alabama. Details and registration may be found here.

@BrendanKKirby is a senior political reporter at LifeZette and author of “Wicked Mobile.”