Christy Swaid is a 2018 Yellowhammer Woman of Impact 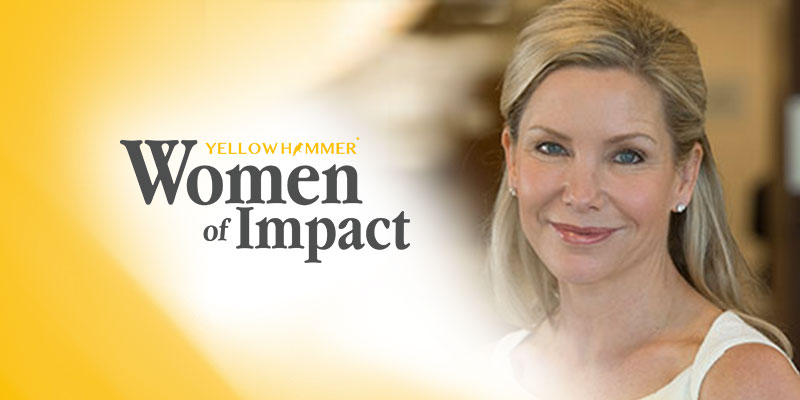 When pro sports star Christy Swaid first moved to Alabama in 2002, she said she immediately fell in love with her new home, but it broke her heart to learn that the state ranks in the top three nationally for diabetes, high blood pressure, obesity and hypertension and that Alabama children are developing type 2 diabetes at one of the fastest-growing rates in the nation.

Swaid, a 2018 Yellowhammer Woman of Impact, is a six-time world champion professional jet ski racer, the winningest female in the history of the sport, and was twice named “One of the Fittest Women in America” by Competitor Magazine in 2000 and by Muscle and Fitness in 2001.

After years advocating for marine safety, Swaid channeled her extensive fitness experience and passion for service into launching a nonprofit in 2006 named HEAL (healthy eating active living) with a mission to use evidence-based methods and education to “measurably improve children’s health and reverse the growing epidemic of childhood obesity,” according to HEAL’s website.

“My heart and mission is to help children prevent diseases before they get established, but then follow them throughout their school experience with more healthy eating, active living techniques and encouragement,” Swaid said in a January Alabama Public Television interview.

The program has steadily expanded, serving 130 Alabama schools in 27 counties and reaching 27,000 students across multiple grade levels. There are 175 schools on a waiting list pending funding; HEAL raises their own funds to offer the program to schools at no cost.

Last year, four Alabama schools using the HEAL curriculum earned an “America’s Healthiest School Award” from the Alliance for a Healthier Generation, whose judging standards include the healthiness of meals and snacks served, how much students move at school, and the quality of physical and health education.

“I am so proud of our state,” Swaid told APT. “Ten years ago, this was a kitchen table conversation, and I was able to glean the brightest and the best minds who also have big hearts to help put their fingerprints in making the most progressive solution to our nation’s worst epidemic, and that is what HEAL is … a genius cluster.”

Swaid developed her research-based curriculum in partnership with professors from UAB and Samford University.

“It is all science-based and it’s friendly, and it includes every child, including children with special needs,” she said.

Swaid will be honored with Gov. Kay Ivey in an awards event March 29 in Birmingham. The Yellowhammer Women of Impact event will honor 20 women making an impact in Alabama and will benefit Big Oak Ranch. Details and registration may be found here.