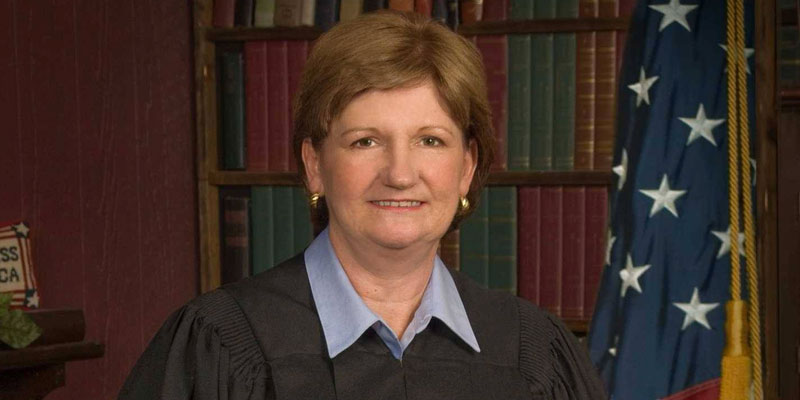 “I am proud to announce my campaign for Chief Justice because we need to continue making Alabama a place where justice is served and the law is evenly applied to all parties. We need a judicial system where our justices follow the law, not make the law. And we need justices who strictly interpret the constitution. I’m proud of my record of doing just that and I look forward to speaking with the voters to get that message out there over the coming months.”

Justice Stuart’s prior experience extends beyond her years of service as a member of Alabama’s Supreme Court. She also was elected and served for 12 years as a district judge and circuit judge in Baldwin County and before that prosecuted cases as an Assistant Attorney General and Assistant District Attorney. “I have a deep knowledge and understanding of how our state’s legal system works from top to bottom,“ continued Stuart.

“Securing adequate financial resources for our courts is a primary responsibility of the Chief Justice. State government is experiencing tough financial times. Everyone in our court system is having to do more with less. It’s important to have someone with my background, experience and work ethic, someone who will work hard every day to keep our courts fair and running smoothly. That’s what I’ve been doing for 29 years and, if elected, that’s what I intend to keep doing.“

Chief Justice Stuart is proud to call Alabama home. Born in Atmore and a graduate of Escambia County High School, she continued her education by graduating from Auburn University and receiving a Juris Doctorate from the University of Alabama School of Law. In addition to her duties as a justice, she has been married to her husband George for 36 years, is the mother of two sons, Tucker and Shepard, a daughter Kelly, and grandmother to Sophie and Thomas. Justice Stuart has attended and served at Bay Minette United Methodist Church for 33 years.