Augusta Dowd is a 2018 Yellowhammer Woman of Impact 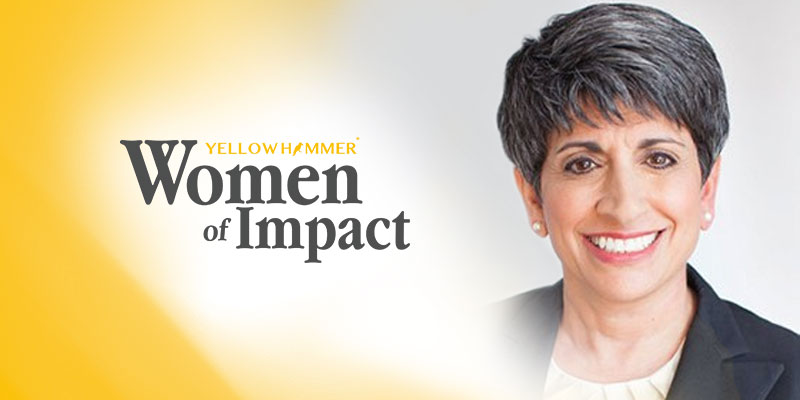 Augusta Dowd disproves the conventional wisdom that taking time off to raise children spells career death in high-powered fields like the law.

Dowd, the president of the Alabama State Bar, did just that.

Dowd, honored as a Yellowhammer 2018 Woman of Impact, began practicing law at the Birmingham firm of Lange, Simpson, Robinson & Somerville after graduating from Vanderbilt University School of Law. After the birth of her third child in 1990, however, Dowd spent much of the next decade at home.

According to a biography produced by the State Bar, Dowd returned to work in 2000 at the firm that eventually became known as White Arnold & Dowd. She became managing partner when the firm restructured in 2003.

The Birmingham native has served in a number of capacities, including the executive director of the Birmingham Bar Association’s diversity task force and on one of the association’s grievance panels and co-chairwoman of the BBA’s Grievance Committee.

She created the original course template for and led the inaugural class of the Birmingham Bar Association’s Future Leaders Forum and also spent seven years as a state bar commissioner and on the State Bar Disciplinary Committee.

From 2011 until March 2017, Dowd served on the Judicial Inquiry Commission, which investigates ethics complaints against state judges. She is a member of the Atticus Finch Society as well as a fellow of the Alabama Law Foundation.

In addition to her professional career, Dowd has devoted herself to a number of community and charitable projects, including the YWCA of Central Alabama and the Episcopal Diocese of Alabama, where she has served as assistant chancellor to the bishop since 2009.

Dowd and Gov. Kay Ivey will be among 20 Alabama women honored in a March 29 awards event in Birmingham. Event details and registration may be found here.