Auburn economist: State and local governments should stay out of the Internet business

In his recent “state of the state” address, Governor Robert Bentley pledged to reduce regulatory burdens on private broadband service providers (“BSPs”) as part of an “ambitious plan to provide rural and under-served communities access to broadband.” As an economist who studies telecommunications policy, I commend the Governor’s efforts. Easing regulatory approvals, speeding access to rights-of-way, using government as an anchor tenant to private providers, and reducing taxes on investment and services are reasonable ways the state can improve the economics of broadband’s buildout. While the Internet is a less effective development tool than many seem to think, broadband service deployment is an important goal, for many reasons.

Notwithstanding the Governor’s efforts to promote private sector deployment, there is a growing chorus (encouraged by the Obama Administration) calling for the public sector to enter into the broadband market by creating new government-owned BSPs that would compete directly with private firms. While there is no evidence the Governor is contemplating such an approach, I would urge all involved to view such plans with both skepticism and extreme caution.

History has shown that the government’s direct provision of broadband networks often becomes a burden to those it was meant to serve. Like it or not, government-owned networks require subsidies paid for by taxpayers (or, when operated as part of a municipal electric system, captive ratepayers). These government networks have a very poor track record of success; many are eventually sold to private sector providers for pennies on the dollar. 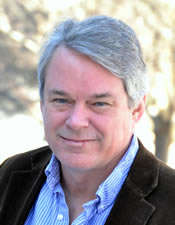 Consider, for example, the municipal network in Bristol, Virginia. Since 2014, the broadband network run by the Bristol Virginia Utilities Authority (BVU) has been mired in financial scandal and corruption, despite having received over $7,000 per subscriber in government subsidies. (The private sector often builds networks for less than a quarter of that amount.) It was recently announced that the network would be sold to a private company at a loss of tens of millions of dollars.

And, unfortunately, there are plenty of additional examples. In Groton, Connecticut, electricity customers are saddled with almost $40 million in debt after the city sold its municipal broadband network for $550,000. At least Groton fared better than Provo, Utah, which dumped its multi-million-dollar city network to Google for … $1.

Advocates for government-owned broadband services often claim that municipal networks will offer consumers better prices or faster speeds at lower prices than private providers. Although this sounds good, the reality is far less persuasive. First, it is a rare consumer who would benefit from extremely-high download speeds some public systems offer. For example, June Owens, marketing manager for Opelika Power Services, told Watchdog.org the utility has about 3,000 customers that subscribe to some combination of its Internet, cable and phone services, but “we don’t have that many, of course” that subscribe to the $500 per month residential pricing or $2,700 per month business pricing for 1 Gigabit per second data service.

Rather, typical consumer content such as streaming services or online games do not benefit from speeds past those usually available already. Second, research suggests that municipal systems often charge more when one looks at the typical “triple play” package of telephone service, video, and internet access. While some municipal systems do offer lower prices for some types of services, these are often specialty items of limited interest to the ordinary subscriber.

Such price comparisons, though, are generally wildly misleading: public broadband networks are parts of government, and are often subsidized in both obvious and subtle ways. The “price” of a public broadband service must include the economic costs of these subsidies for useful comparisons to be made. Too often, these sorts of subsidies are ignored by public network advocates, although they are not ignored by private network operators looking to invest. Few private firms want to invest in markets where they compete with subsidized government firms.

I urge Governor Bentley to resist any proposal for Alabama or its cities to get into the broadband business. The private sector already is providing these services and will continue to do so, and will do more if the government becomes a partner rather than a competitor. That’s the best course for consumers, taxpayers and our state.

T. Randolph Beard is a Professor of Economics at Auburn University where he teaches courses in Microeconomics, Industrial Organization, and Public Policy. His research has appeared in numerous academic journals and he has authored of three books.