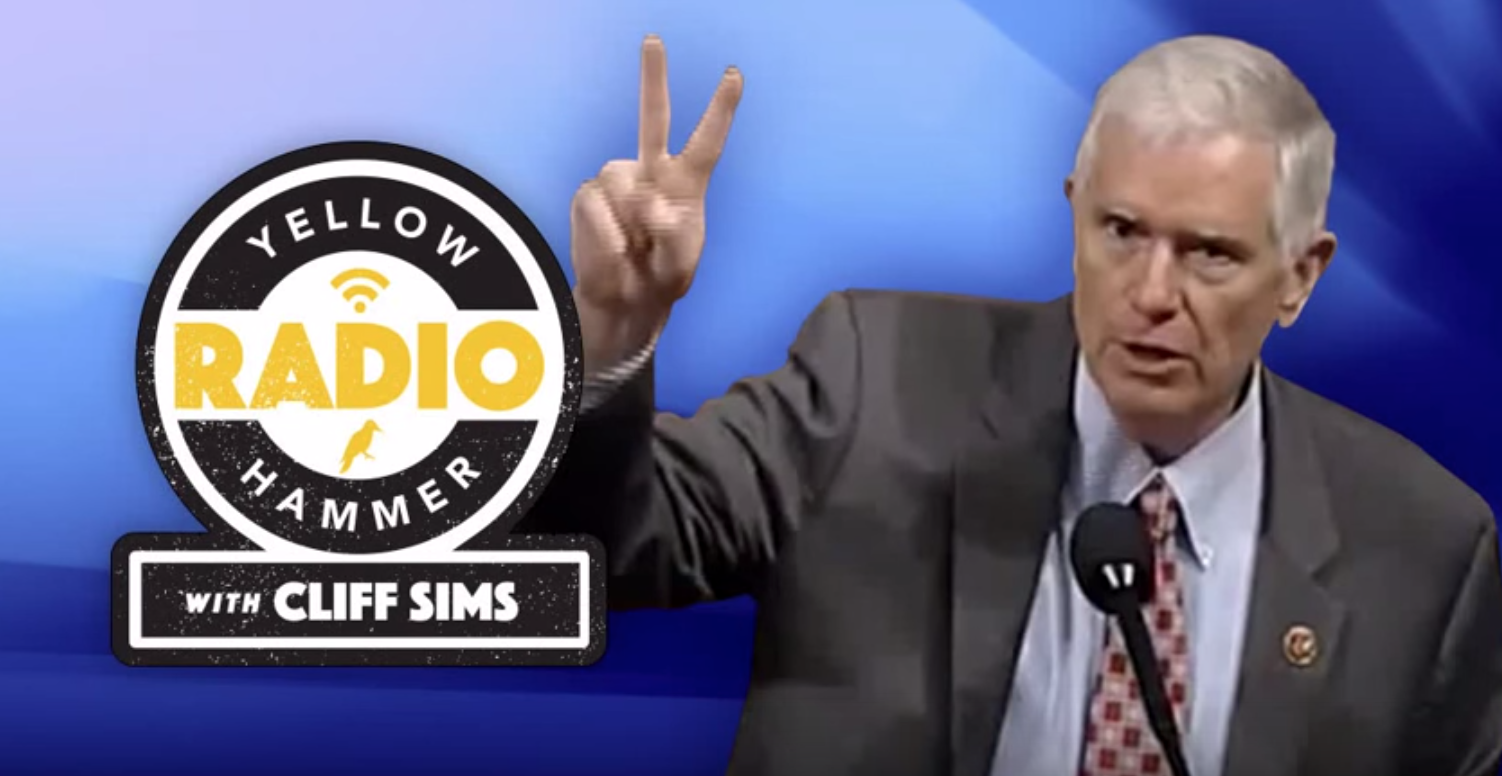 BIRMINGHAM, Ala. — Alabama Congressman Mo Brooks joined Yellowhammer Radio Host Cliff Sims Friday to discuss the U.S. House Speaker race, and the shielding of the Democratic Party by the media.

The majority of the media, Brooks asserted during the interview, over-reports the “unity” of the Democratic Party in comparison with troubles often highlighted within the Republican Party

“The national news media is Democrat, left-wing, period,” said Brooks. “Now there are some exceptions but overall 90% of them favor the left side of the aisle and they do so in a visceral way. They try to highlight whatever disagreements there are within the Republican conference and minimize those same kinds of disagreements in the Democratic conference.”

The media, Brooks continued, is covering up, or rather not reporting internal dissent within the Democratic Party ranks. That dissent, according to the congressman, is at its deepest between two distinct groups.

“The biggest, deepest, most emotional political split in America right now is between Muslims and Jews. That is at the heart of the Democratic Party because you have those who are pro-Israel being attacked openly and behind the scenes by those who are pro-Palestinian. You can break it down on a religious basis, a geographic basis, or however you want to.”

While those two demographics are important to the Democratic Party, Brooks said an exodus is occurring among “pro-Israel forces” who are “slowly but surely figuring out that the Democratic Party is abandoning them and they are coming to the Republican Party, but that shift is not yet complete and the media doesn’t focus on it at all.”

The race to fill the House leadership position began shortly after U.S. House Speaker John Boehner (R-OH8) shocked the nation and members of his own party when he announced his resignation, effective October 31st. Many potential candidates for the job have already come and gone, with favorite House Majority Leader Kevin McCarthy (R-CA23) unexpectedly dropping from the race last week.

This leaves factions within the Republican Party scrambling to try and find an ideal candidate for the job. Several members of Alabama’s congressional delegation have already spoken out on the resignation, urging members of their party to quickly find a new leader.

One member those within the more establishment wing of the Republican Party have been eyeing is former Vice Presidential candidate Paul Ryan (R-WI1).

When asked about Ryan’s conservative leanings, Brooks told Yellowhammer Radio, “Paul, in the overall political spectrum…moderate is the right place to put him. Within the Republican Party confines, he has some liberal leanings on amnesty and open borders type issues.” He continued by emphasizing Ryan’s voting record as “fairly liberal” and that he doesn’t think Ryan is a conservative by Alabama standards.

Brooks stressed that he has issues with the “dictatorial leadership system” that has been in place within the Republican Party and wishes that the next House Speaker commit to ending the top-down punishment style discipline.

When the Congressman was asked who he would consider run for Speaker of the House he replied, “The people I would want are Conservatives.”