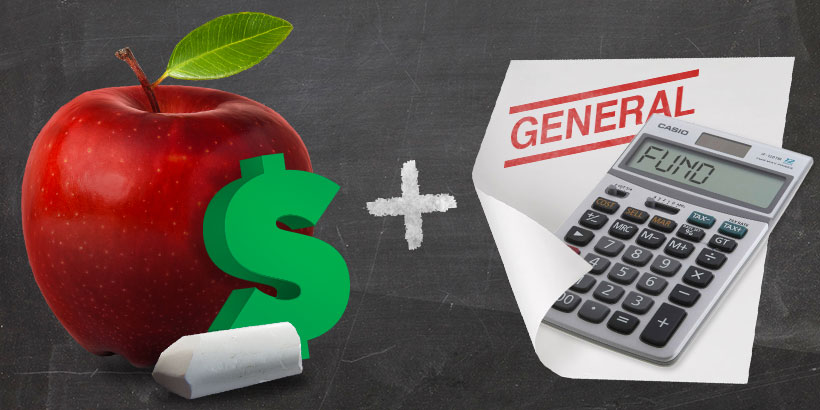 Over the years, to bear the weight of lacking and reduced Education Trust Fund dollars, educators and support personnel have had to cover higher healthcare costs out of their own wallets, weather changes in retirement, withstand cuts to their classrooms, transportation, and other foundational program needs, and forego much needed salary increases.

Like our state employees, every time the executive branch and lawmakers have gone to them, they have given more.

Not only has education given more, but while going without they have also repaid debt and set aside dollars in savings.

I have always been a staunch supporter of public education and have done whatever I can to protect funding for the Education Trust Fund.

It is no secret that we have issues with both of our budgets. However, the real issue is how we fund those budgets.

Both need help, but the General Fund needs more.

Make no mistake: combining two budgets into one whether by percentage or outright does nothing to address our state’s funding issues.

We’ve been there, done that and we don’t need to do so again.

In simple terms…we have a revenue problem, not a budget problem.

As a long-serving state legislator, I have been committed to doing whatever I could to support revenue measures that would aid both budgets even if it meant that my handling of some of those revenue measures would be met with resistance.

When the second special session convened with still no operating budget in place, a $200 million hole needing to be plugged in the General Fund, and a majority of the Alabama Legislature opposed to the idea of imposing any taxes, my agreement to be the Senate sponsor of a cigarette tax on behalf of the Governor was not an easy decision.

But it was the right decision.

Hits came from inside as well as outside the State House – from all directions – from those within the GOP and from those who are not.

Despite also having taken some punches, education advocates came to the table and pitched in to help the struggling General Fund.

With promises by the Governor and the Legislature of back-fill dollars, the Education Trust Fund gave up $80 Million in use tax and a reduction in its take-in percentage – 47 percent – going forward.

However, within 24-hours after adjourning the Governor said he believes that next year the remaining $125 million left in the use tax belonging to the Education Trust Fund needs to be transferred over to the General Fund.

He also doesn’t think the ETF dollars taken from the use tax need to be backfilled.

To add fuel to the fire, the Governor, who is also the president of the State Board of Education, said that education did not lift a hand to help.

I am not sure what State House Governor Bentley visited during the special session.

I, along with ETF Budget committee chairs Senator Pittman and Representative Poole and other legislators, worked hand-in-hand with education leaders to make a very difficult budget work.

No one needs to support the concept that the education community was not willing to help.

We also cannot support the unrealistic notion of sitting on the sidelines and continuing to rob education funds in order to fix problems with prisons, state troopers, and others.

I will stand firm on my word that no more education dollars need to be taken for the General Fund – enough is enough.

Senator Gerald Dial represents District 13 in the Alabama Senate, which includes all or parts of Randolph, Lee, Cleburne, Clay, Cherokee, and Chambers counties. He is a retired brigadier general in the Alabama National Guard.