An Alabama coal company is crediting President Donald Trump for its reopening after being idle since February 2014.

In a news release, RJR Mining Company, Inc. announced the purchase of a $2.7 million Hitachi 1900 excavator that it named “Trump” in honor of the president’s efforts to end the “war on coal” started by former President Barack Obama

“This will be the largest capital investment we have ever made,” RJR shareholder Randy Johnson said in an attached copy of a letter sent to President Trump. “We will provide more jobs than we ever have. You have restored our confidence, our excitement, and our desire to stay involved.”

The company, based out of Cullman, said it expects to spend around $900,000 a month to operate what it says will be its largest surface mine to date. The new mine will produce both traditional steam coal and met coal, which are used to make steel.

“We are grateful for President Trump strengthening the economy, creating jobs, and encouraging investment in all sectors, including the coal industry,” said Alabama Coal Association president Patrick Cagle. “We also thank the President for ending the war on coal, but there is still work left to do to keep future administrations from targeting our industry with punitive regulations.” 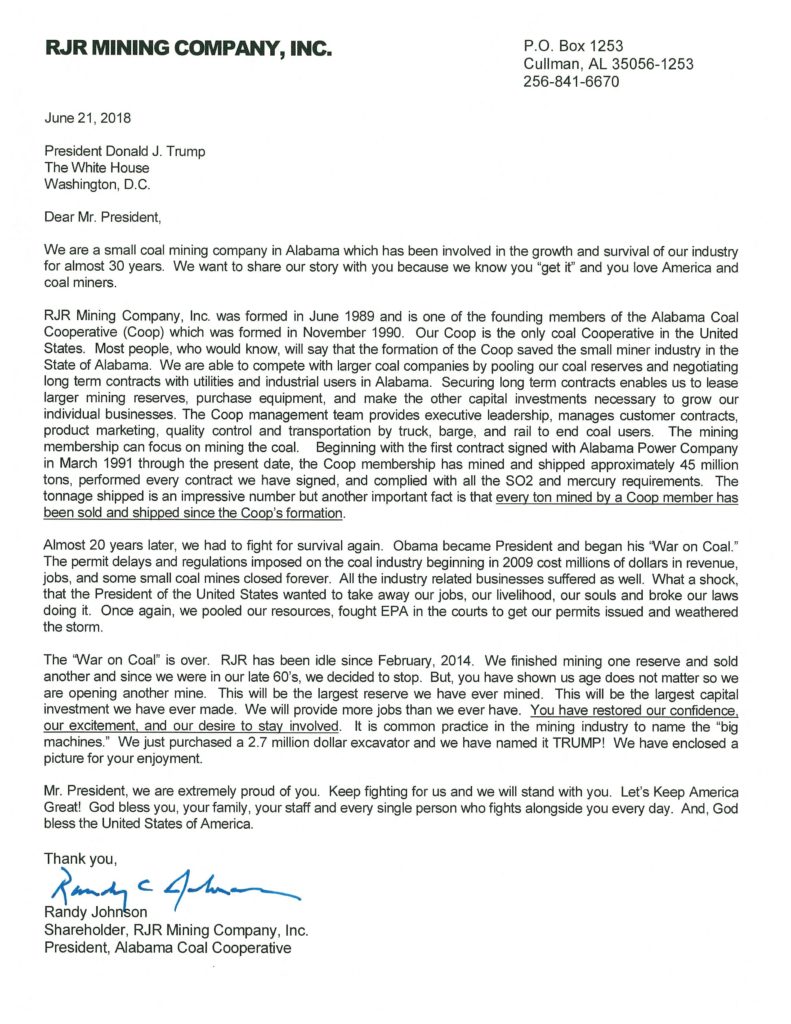