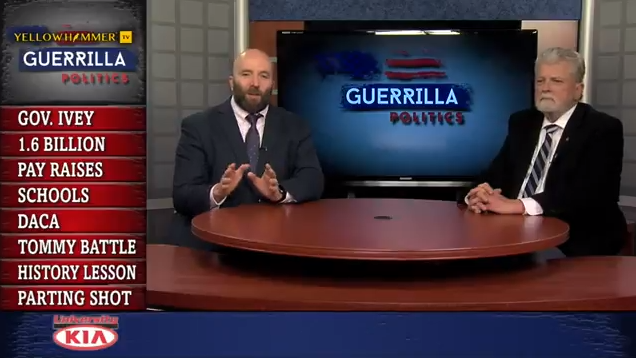 Radio talk show host Dale Jackson and Dr. Waymon Burke take you through this week’s biggest political stories including Kay Ivey’s State of the State, a possible immigration deal, and 4,000 new manufacturing jobs, and more. Dale closes the show with a “Parting Shot” to legislators who complain about economic incentives being used to bring employers to the state.

Candidate for Governor and Mayor of Huntsville Tommy Battle joins Jackson and Burke to talk about the big news this week regarding the new Toyota-Mazda plant in North Alabama.