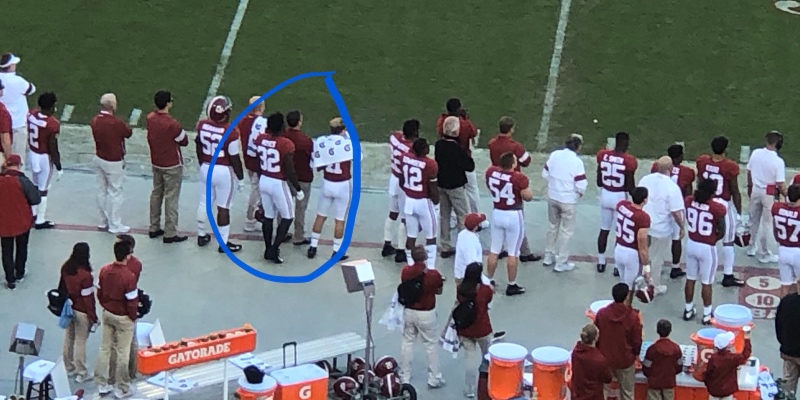 You may know that University of Alabama linebacker Dylan Moses is out for the season after suffering a knee injury before a game was even played.

Why then, was Bama’s star linebacker in uniform for the LSU game?

It’s all because of Dylan’s love for his teammates.

You see, Dylan is from Baton Rouge, and he wanted to find a way to motivate his teammates, show them how much they mean to him and remind them with which team his heart lies.

So Dylan approached Coach Nick Saban and asked for permission to suit up for the big game. Saban signed off on the idea, and on Saturday just past noon, Dylan went on to quietly dress before kickoff.

Dylan’s gesture nearly brought some teammates to tears, and helped unify his teammates as they fought their hearts out. As he stood on the sidelines in full gear on Saturday, he served as a motivator and a role model to the young men in Crimson.

It’s a story that you may not have learned from watching the broadcast, but it’s my pleasure to bring it to you here.

Rick Karle is a 24-time Emmy winning broadcaster and a special sports contributor to Yellowhammer News. He is also the host of the Huts and Nuts podcast.