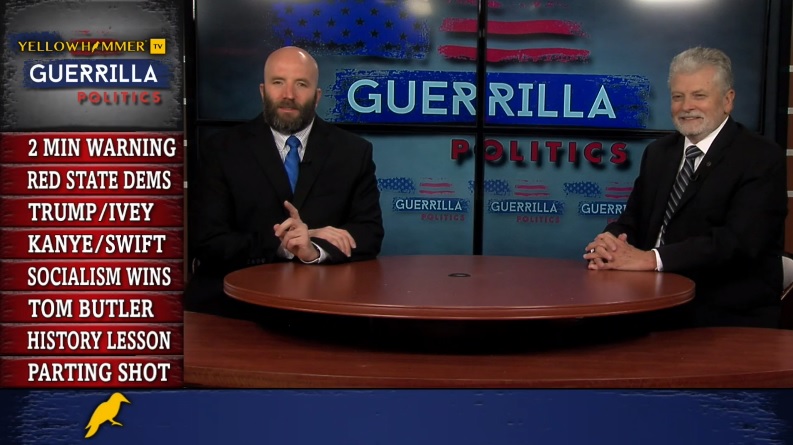 — Did the Kavanaugh vote doom Sen. Doug Jones and other red state Democrats?

— Why are Taylor Swift’s and Kanye West’s politics being treated so differently?

Jackson and Burke are joined by former State Senator Tom Butler to talk about his campaign to reclaim his old seat in November.

Jackson closes the show with a “parting shot” directed at those who can’t call an obvious mob a “mob”.