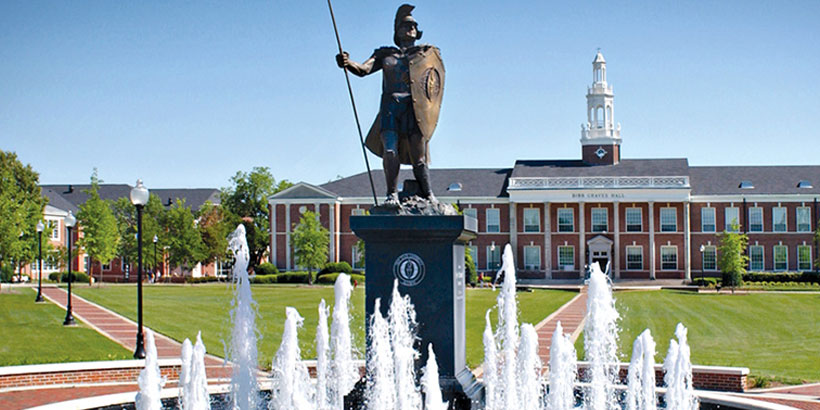 Watching state and national politics, I often wonder how a country founded on the principles of limited government, individual responsibility, and a healthy dose of skepticism – and fear – of the tendencies of government to grow in power and influence, accumulated a national debt of $210 trillion, a Code of Federal Regulations that now exceeds 175,000 pages, and a Federal tax code over 10 million words long. Even “fiscally conservative” state and local governments, including Alabama, seemingly face little citizen resistance to the exponential growth of government.

After our nation’s founding, Thomas Jefferson stressed the need for an educated citizenry to preserve our newly won liberty, writing that “If a nation expects to be ignorant and free…it expects what never was & never will be.” Thus, the massive growth in the size and scope of government at all levels in the U.S. is perplexing, given the substantial increase in access to higher education. With more Americans with college degrees than ever before in our nation’s history, why is liberty eroding in our economic and personal lives?

Certainly, one would hope that our college students are, at the least, being exposed to sound economics, the principles of limited government that our nation was founded on, the importance of constitutional checks on power, and the track record – both ancient and modern – of oversized government. Yet, the trajectory of our nation suggests they aren’t.

A new report may explain why. According to data from the Higher Education Research Institute, only 12% of college faculty identify as being “Far Right / Conservative,” while around 60% of college faculty self-identify as being politically “Far Left / Liberal.” With faculty so overwhelmingly one-sided, is it any wonder that our relatively young nation has strayed so far from its founding principles? Maybe that is one reason the U.S. has experienced a concerning 15-year fall in economic freedom with no indication of letting up.

It is difficult to see how college students could receive a well-rounded education if they are so infrequently exposed to alternative viewpoints. While this is certainly a concern for those of a free market perspective, such as myself, I think it should also be a concern for those of a liberal persuasion as well. As John Stuart Mill observed, “He who knows only his own side of the case knows little of that. His reasons may be good, and no one may have been able to refute them. But if he is equally unable to refute the reasons on the opposite side, if he does not so much as know what they are, he has no ground for preferring either opinion.”

Wrestling with competing viewpoints is a necessary component of the educational process and is the only way for students to learn to formulate independent, informed views, to constantly challenge their own views, and to learn to humbly change their own views when warranted. Unfortunately, most students today are earning college degrees without having been challenged to find deeper theoretical, empirical, and philosophical justifications for their worldviews. Just as troubling, the freedom of expression for faculty and students on college campuses across the nation is in serious jeopardy. Even here in Alabama, not a single university has a speech code that adequately protects the freedom of expression on campus.

In the Johnson Center we work hard to foster the free exchange of ideas in order to provide rigorous educational opportunities for our students. Rather than attempt to suppress or alienate opposing viewpoints, we actively encourage students to explore alternative methodologies and viewpoints across the curriculum. We’ve hosted reading groups where students have read the works of Adam Smith, Milton Friedman, and F. A. Hayek alongside Karl Marx, Thomas Hobbes, and Jean-Jacques Rousseau. One of my courses this semester, The Economic and Moral Foundations of Capitalism, will expose students to modern critiques of capitalism, such as inequality, egalitarianism, and exploitation. It will also expose them to important responses to these critiques; ideas that are underrepresented on most campuses across the nation.

Unfortunately, the Johnson Center for Political Economy is one of the few exceptions that proves the rule; the overwhelming lack of intellectual diversity in U.S. higher education. Too often students aren’t being exposed to alternative viewpoints at their universities. It is particularly disturbing when the “alternative viewpoints” they aren’t being exposed to include the very ideas our nation was founded upon; ideas that have brought unprecedented wealth and prosperity around the globe.

Daniel J. Smith is the associate director at the Johnson Center for Political Economy and an associate professor of economics at Troy University. Follow him on Twitter: @smithdanj1