Rosemary Elebash is a 2022 Woman of Impact 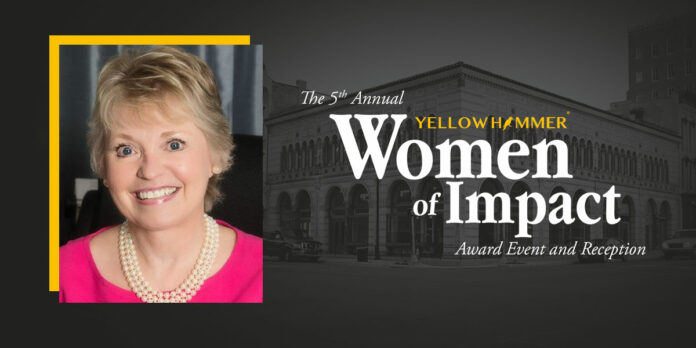 After decades of making waves in Alabama politics, Rosemary Elebash says that, even still, “every day is a new adventure.” With no plans to slow down any time soon, Rosemary currently serves Alabama small businesses as the state director for the National Federation of Independent Business.

Elebash shared insight about her adoration for the job, stating, “I am very passionate about who I lobby for. When people see that you truly believe in what you’re doing, it adds a whole different dimension to how you lobby.”

Not only has she been serving in Alabama politics as state director of the NFIB since 2003, Elebash first became interested in the career path as a child in elementary school. She recounts her first memory of feeling inspired to help others because of stories her fourth-grade teacher Mrs. Ruth Black would share about her cousin of Supreme Court Justice Hugo Black.

Elebash is known in Montgomery as a force because of her relationships. She is a people person and always has been. It’s what drew her in and has motivated her to stay the course.

“I’m one of those people who just likes politics and the total process of it. Back then, when I was working for Gov. Fob James, it was more of a gentleman’s sport, more retail politics like getting out and meeting voters,” she said. “Not like tv commercials, today. I was involved in campaigns, and just I liked meeting people.

“Meeting people in politics, you may not see them for 10 years but when you do it’s like time never passed because you all share common ground of wanting to help others.”

Another source of inspiration was her time serving under James. She said she witnessed a “monumental piece of history” as the governor changed budgeting for Alabama.

“Oil was discovered in Mobile Bay during his term, and it was his idea to put the profit into a trust fund, only use the interest drawn from the fund,” Elebash said. “I was hired to work in his office very young, so I was right there typing the thing. Not on a laptop, but a typewriter.

“Just the very thought of saving money and not spending every dime was huge at the time.”

This first-hand experience gave Elebash the knowledge that would catapult her to success, eventually lobbying for AT&T in Alabama and Mississippi.

Aside from assisting elected officials such as James and U.S. Sen. Donald Stewart (D-Anniston), the Opp native and graduate of Troy University has been appointed to various boards and committees, and is active in several organizations:

To add to her long list of accomplishments and recognitions, we are proud to include Rosemary Elebash as a 2022 Woman of Impact. For Elebash, it all comes down to people. “True entrepreneurs” who she passionately advocates for. She proudly stands in as “the helping hand that connects the dots for small businesses.”

Confident that she, and the NFIB, can “help people who are leaders in their community,” it’s clear that Rosemary Elebash remains at the top of her game.