Vivian Figures is a 2022 Woman of Impact 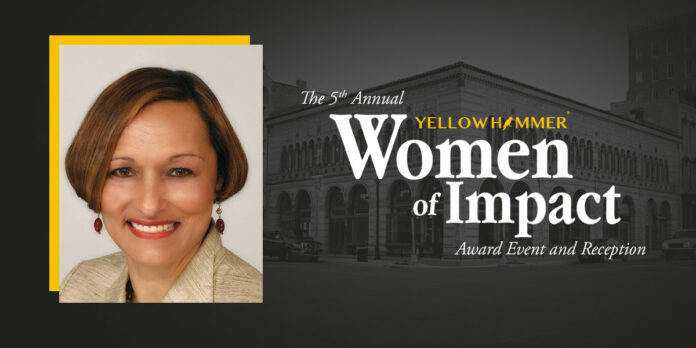 Due to her passion for public service and unrelenting commitment to her constituency, State Sen. Vivian Figures (D-Mobile) commands bipartisan respect from her colleagues in the Legislature’s upper chamber.

Figures has not only shattered, but completely annihilated glass ceilings in her nearly 25 years of service in the Alabama Senate.

To serve as a “voice for the voiceless,” Figures began her political career as a candidate for the Mobile City Council in 1993.

“I have always been very happy working for various causes in the community, so when I met my husband it was great that we had that in common to be in a position to help and serve people,” Figures told Yellowhammer News. “I volunteered in various political campaigns, the PTA and other organizations over the years.

“I guess because of that, people started asking me to run for City Council, which I eventually did.”

Upon her husband’s untimely death, she was approached by a number of the district’s constituents who asked then-Councilwoman Figures to seek the Senate seat formerly held by her spouse.

Answering the call to serve in an elevated capacity, Figures launched a campaign for the district’s special election in 1997 — a contest that she won with more than 87% of the vote. Figures would go on to serve the final two years remaining in her husband’s term.

She has not looked back since.

The constituents quickly realized they had a champion in Figures. Her fierce advocacy on issues of importance to the district earned the senator victories in her 1998, 2002, 2006, 2010, 2014 and 2018 re-election bids.

“I cannot put into mere words how grateful and humble I am to have had the kind of support that I have had during my 29 years of elective office (3 on the Mobile City Council and 26 in the Alabama State Senate),” she said. “I give my most gracious Heavenly Father all of the praise and glory for using me as a vessel to serve His children.

“I take it very seriously and it is truly an honor and privilege to serve my constituents.”

Figures’ 1997 election made her the first African-American female elected to represent Mobile County in the Senate, as well as the second woman of color in state history.

Figures’ history-making achievements did not end there, however.

In 2008, she became the first African-American woman to secure the Democratic Party’s nomination for U.S. Senate. Additionally, Figures was the first woman elected to legislative leadership in 2013, when she became minority leader of the Alabama Senate.

Now, more than 24 years after her first election, she is the longest-serving woman in State Senate history.

It is Figures’ desire that her political accomplishments serve as an inspiration for young women of color to enter the world of public service.

“I praise God for giving me the opportunity to be the recipient of those accomplishments. More than anything, I hope that it will serve to let little girls of color know that they, too, can accomplish anything,” she said. “I pray that it will be an inspiration as well as motivation to young women of color to believe in themselves and know that they, too, can accomplish anything at any age.”

During her more than two decades of service in the Senate, Figures has emerged as a champion of issues relating to public health — something for which she holds a passion.

Passed in 2003, Figures sponsored the “Clean Indoor Air Act,” which prohibited smoking in public places. Admitting the law “was watered down a bit” as it made its way through the legislative process, Figures was unwavering on one particular provision of the bill: Ensure municipalities have the authority to pass stronger regulations.

“That is why you see so many places of business banning smoking in their establishments, because I would not give in to that part of the legislation,” she said. “I personally know what second-hand smoke does to a person health-wise with respiratory ailments to cancer.

“So that’s where my passion came from.”

Her political prowess and impressive negotiation skills proved instrumental in another law she spearheaded. It was a bill to provide stronger background checks on public and private school personnel.

Figures told Yellowhammer News that State Sen. George Callahan was carrying a similar bill on behalf of the Alabama Education Association. Callahan’s bill did not include funding, immediate background checks on current employees, or private schools in the legislation.

A sign of a true public servant, Figures was committed to having her bill pass, even if it meant not having her name listed as its author.

“In the spirit of compromise, I offered him sponsorship in exchange for using my legislation,” she said.

The law enables law enforcement to issue an alert when a child is missing, and calls on all responsible parties for that child to confirm that he or she is missing. Figures’ legislation was crucial because Amber Alerts only deal with the known abduction of a child.

When eight-year-old Hiawayi Robinson went missing in 2014, authorities could not issue an Amber Alert because there was no evidence proving she had been abducted.

She is an advocate for health care, as well.

Under state law, a woman on Medicaid who has had a mastectomy can receive reconstructive surgery. This would not be possible had it not been for Figures sponsoring the legislation and enshrining the language into law.

When asked what the most challenging aspects of being a woman in politics were, Figures said the public service arena was still very much considered to be “a man’s world.”

“Sometimes, I feel that women are not taken as seriously as men are. Oftentimes when we speak, we are cut off or not given the same amount of time as a male counterpart was given,” she said. “I’ve spoken with various female colleagues all over the country, and it seems that they have all experienced it too.

“We’ve also experienced giving a recommendation or suggestion that was completely ignored until a male counterpart said the same thing, and it was given much consideration.”

While being a woman in “a man’s world” presents its fair share of challenges, Figures said women often possess skills that prove instrumental in shaping vital legislation.

“The greatest advantage I see in being a female leader is that we wear many hats – from motherhood to caretakers to managing a household that includes budgeting, mediation, cooking, cleaning, free Ubering, nursing, educating, and keeping it all together,” she said. “Because of that we are able to see a lot issues from a different perspective which needs to be heard when passing laws.”

Figures, a mother of three, has most certainly used a woman’s dynamic skillset to her advantage throughout her years in public service.

Rest assured, as long as Senate District 33 has Figures as its voice in the upper chamber, the citizenry will have a champion and a “voice for the voiceless.”

Yellowhammer News is proud to name Vivian Figures a 2022 Woman of Impact.