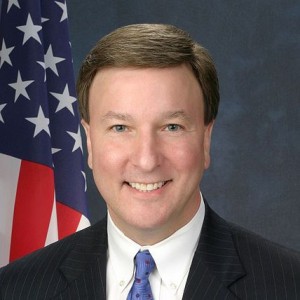 On election night 2010, Congressman Mike Rogers and his staff sat in the conference room of his former law firm in Anniston, Alabama, and watched in awe as their blackberries “blew up” with Republican election returns nationwide.

“It was surreal,” Rogers said. “When we saw that the powerful Chairman [Rep. James Oberstar, D-MN] of the transportation committee could lose, I knew we were witnessing something almost unprecedented, something very different.”

Rogers had just won his rural Eastern Alabama district for a fifth term. He was “on a high” after the Republican wave that swept across America in 2010. “We could begin to rescue our country from a rising tide of red ink and debt,” he said.

But having survived five election cycles in a competitive seat, including the 2008 Obama wave in which he spent over $2 million and ended in debt, Rogers reflected on the new political landscape and saw a challenge: how to get these freshmen Members re-elected and hold the GOP majority.

“I’ve had to fight cycle after cycle just to win my district, so I identified immediately with these new members and the challenges they were up against,” he said. “I knew we would be faced with trying to hold dozens of GOP leaning seats that were just like mine or more challenging. We had to do something quickly to make sure these freshmen received support to get a strong start.”

That’s why, Rogers says, he began an early effort to get to know the new members, learn about their districts, and perhaps more importantly, to help raise funds for their re-election campaigns. Beginning in early 2011, just months into the new Congress, Rogers began planning his freshmen fundraising effort.

“The whole idea was to connect these new members with others. It was about relationship building. I know that’s a critical part of being an effective and informed representative and I wanted to help them build relationships faster and in a meaningful way and lasting way.”

Rogers said he established multiple joint fundraising committees through the FEC to raise funds for these members, and began to coordinate his efforts with the NRCC’s Patriot program for vulnerable incumbents. “We did three freshmen at a time. There were too many freshmen to do individual fundraisers, so we combined forces. I think it went over extremely well.”

In an April 2012 memo to NRCC Chairman Pete Sessions, Rogers reported he had raised $275,000 for 24 freshmen, money deposited directly into their campaign war chests.

“Other than leadership and committee chairs, I’ve never seen any member do anything like this for his colleagues. Rogers is already well liked and is seen as a team player. It positions him very well within the conference,” says a Washington insider.

Leading in the House

It wasn’t just about fundraising for Rogers though. “I remember the folks who took me under their wing when I was a freshman. The Leadership was very good to me. They helped me hit the ground running and helped me get things done for my constituents and my district.

“I’ve never forgotten it and wanted to give back. When these freshmen were elected, I knew it was my time to lead,” he said.

In 2011 Rogers was named to chair the Homeland Security subcommittee that oversees the Transportation Security Administration. “The poster child agency of what’s wrong with the Federal government,” he says of TSA. Rogers had several freshmen named to his subcommittee and was determined to help them however he could.

“I took the John Boehner model and made sure my freshmen were doing the leading. They passed good bills of importance to our nation and for their districts. I was very proud of [Minnesota Republican Representative] Chip Cravaack who got one of the bills in the 112th signed into law,” Rogers said.
Rogers made site visits to subcommittee freshmen districts as well, he said. “We visited [Chicago] O’Hare and later took questions about TSA with [Illinois Republican Representative] Joe Walsh in a town hall with his constituents. It’s one thing to get to know your colleagues in Washington but it’s another to be in their districts with them.”

Rogers said his rural Alabama upbringing taught him principles and priorities. “We didn’t have a lot of money growing up. We had to share and take care of each other.

“I think I bring those same priorities to Congress. When I saw all these freshmen get elected, I knew I wanted to make sure I did my part to lead an effort early on to help support them. I certainly wanted to do all I could to help make sure Speaker Boehner would still have the gavel in the 113th.”

Not every member has the ability to raise large sums of money for their campaigns, but they can be creative and work hard to help close the gap, he says.

“That’s why when the critical moment arrives we have to ask ourselves: ‘How can we do more? What else can we do for the team?’ I’ve tried to do that. It’s how I’ve run my subcommittee and what I view as an essential trait of leadership: knowing success does not come from how much you have or how you got it. It’s what you do with what you have.”