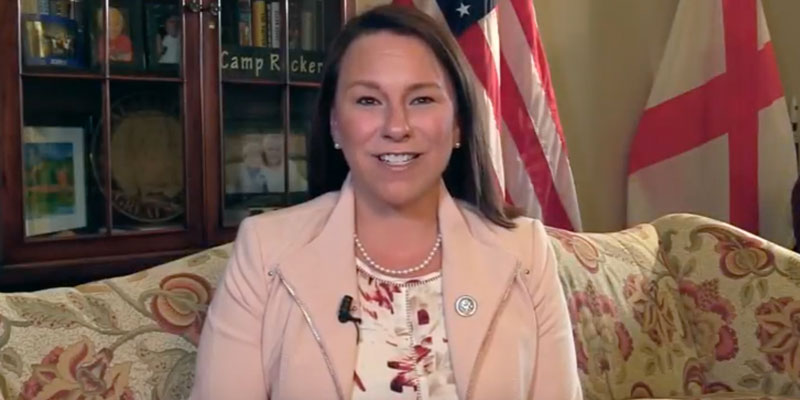 In past elections, Rep. Martha Roby (R-Montgomery) had made short work of winning the Republican Party’s nod, even when she faced opposition on her right flank.

In 2010, she defeated Rick Barber on the way to her party’s nod, despite the controversial “Gather Your Armies” ad from Barber that got national attention. In the general election that year, Roby beat then-incumbent Democrat Rep. Bobby Bright to win the seat.

On Roby’s way to her last reelection, she beat Wetumpka Tea Party’s Becky Gerritson, a woman who received national attention for her testimony before a congressional committee about unfair treatment from the IRS.

Roby’s contest Tuesday night was said to be her most-difficult one given a call she made for Donald Trump to cede the 2016 Republican presidential nomination in the wake of Trump’s “Access Hollywood” scandal.

If that was an issue for voters, it wasn’t enough for the candidates on her right flank, former 2017 Roy Moore campaign chief Rich Hobson and State Rep. Barry Moore (R-Enterprise), to muster enough votes to get another shot at her in a runoff contest in six weeks.

Instead, Roby will face Bright, now a Republican, for the Republican Party nomination. In that 2010 general election match-up, Roby defeated Bright by just two points. In Tuesday’s primary, she finished 10 points ahead of Bright.

None of her previous challengers, be it in a primary or general election setting, have succeeded in exploiting Roby’s alleged vulnerabilities despite them being raised in most of her contests.

Headed into her runoff contest with Bright, Roby is a considered the favorite given Tuesday’s results and a pledge from the National Republican Congressional Committee (NRCC) to back her.

“The NRCC congratulates Martha Roby on her strong finish in tonight’s primary. The results proved that Martha Roby fights for Alabamans first and gets results,” Rep. Steve Stivers (R-Ohio) of the NRCC said in a statement according to The Washington Examiner. “We continue to stand behind her and are confident she’ll emerge victorious in the coming runoff.”

In a statement released shortly after the GOP primary race was called for Roby and Bright, Roby pointed out Bright’s former allegiance to the Democratic Party, which is the party of former President Barack Obama and House Minority Leader Nancy Pelosi.

“I am grateful for the strong support my campaign has received, and I look forward to continuing to discuss my proven record as a conservative Republican for the next six weeks,” the incumbent Republican congresswoman said. “We have run this race before. The people who live and work in Alabama’s Second District rejected the big government, liberal policies that came as a result of the Barack Obama and Nancy Pelosi era when they voted to replace Democrat Bobby Bright with a Republican. I am confident they will do so again.”

The winner of the July 17 contest between Bright and Roby will face Democrat Tabitha Isner in November’s general election. Isner defeated Audri Scott Williams by 20 points on Tuesday to secure the Democratic Party’s nomination.

@Jeff_Poor is a graduate of Auburn University and is the editor of Breitbart TV.