An Ordinary Boy’s Lesson From The Eclipse 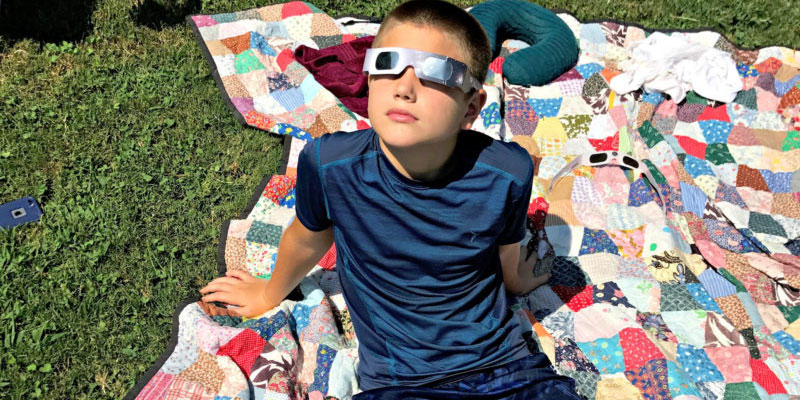 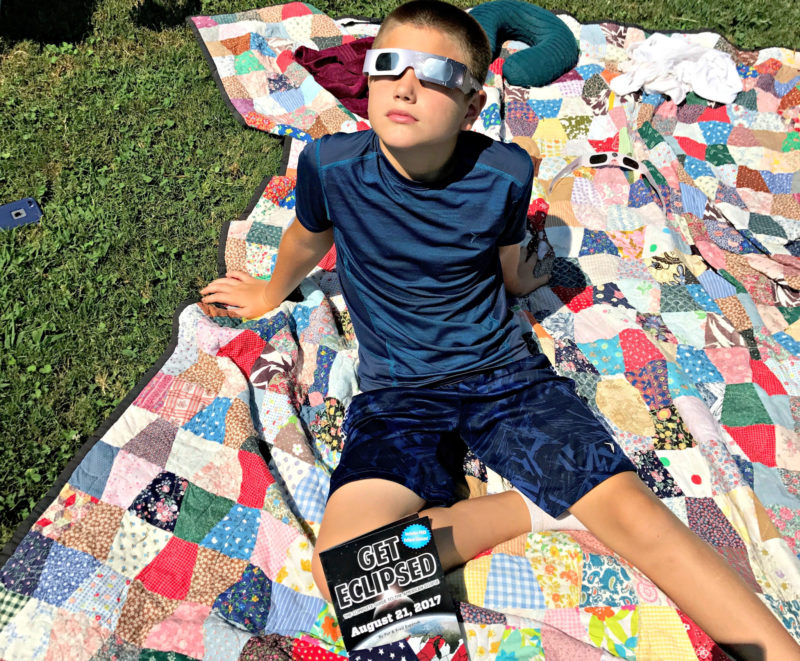 Yesterday I was able to witness the “totality” of the eclipse in the meadow of a farm in the foothills of the Blue Ridge Mountains with my wife and youngest son. From 2:38 pm until 2:40 pm local time, the sky grew dark and crows called as they flew to their roost. Horses on the farm walked into their barn, only to return to their pasture as the sun re-emerged. For a half hour or so before totality, and a few minutes after, the temperature dropped, and the surreal sky produced a warm, orange glow.

Aside from the natural wonder of this once-in-a-lifetime event, yesterday’s eclipse was important to me mostly because of the object lessons it provided my son.

The eclipse was a nice break from a culture in which kids are too often the center of their own universe. From Snap Chat streaks to selfie sticks, we’ve never lived in a time when people are more obsessed with themselves. It’s a culture in which fame matters far more than character, simulation outranks achievement, and “likes” are valued more than friendship.

Perhaps the worst thing about all this is that it breeds a false confidence in kids that often masks deep insecurities. With unprecedented rates of suicide in America’s youth, we’ve seen just in the last couple of years how much disillusionment is being generated from all this self-obsession. There are many reasons this is true, but two immediately come to mind. When we put ourselves above everyone else, we quickly lose our purpose; and real work—whether it’s on a farm, on a violin, or on an athletic field—breeds a genuine confidence that can never be produced by “success” in a virtual world.

While some have criticized the eclipse for being overblown hype, one thing is undeniable—if the world’s most powerful people had gathered all their resources to stop it, they would have had zero ability to do so. In other words, the eclipse reminded us all that we’re not the masters of this world.

For a few short minutes yesterday, my son experienced in a very tangible way that we are creatures, not the Creator. In discussions afterward, I realized this lesson was very evident to him. If it’s one he clings to, I believe that Creator will produce an authentic confidence in his life that he can never conjure in self-promotion.