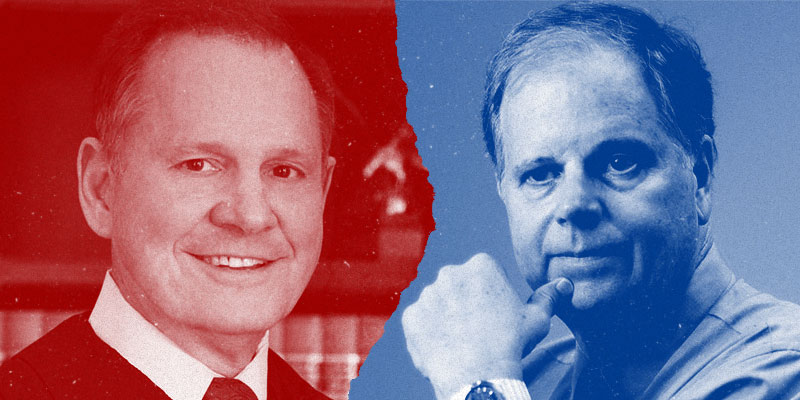 This poll was conducted by Cyngal, a Montgomery-based polling and communications firm, and L2, a  nonpartisan voter data and analytics provider. The survey polled 497 likely Alabama voters in this special general election, coming up on December 12.

“This race between Moore and Jones looks a lot like the Moore-Strange competition of the past few months,” said Brent Buchanan, president of Cygnal. “At this point, the data shows the result will be the same for Judge Moore come December.”

One important aspect of the poll is that it shows Moore with a commanding 14-point lead over Jones among voters with the highest propensity to turn out.

Other key findings in the poll include:

With respect to these regional numbers, Cygnal’s vice president of research and analytics, Matt Hubbard, said, “The US Senate race is going to be won or lost in the Birmingham media market area. Roy Moore dominates in the other 60% of the state, so the Birmingham region becomes make or break for Doug Jones.”

Another fascinating aspect of this poll is the apparent connection between the voters’  football alliances and their pick in the Senate race. While Alabama and Auburn fans both favor Moore over Jones, his support is higher among Crimson Tide fans than War Eagle supporters. ‘Bama fans picked Moore 54%-38% over Jones, while Auburn fans picked him 50%-45%.

Moore’s favorability ratings are also higher than Jones, with 52.9% of those surveyed giving Moore “overall favorable rating” and 32.7% giving Jones the same.