New economic freedom rankings are a wake-up call for the U.S. and Alabama (Opinion) 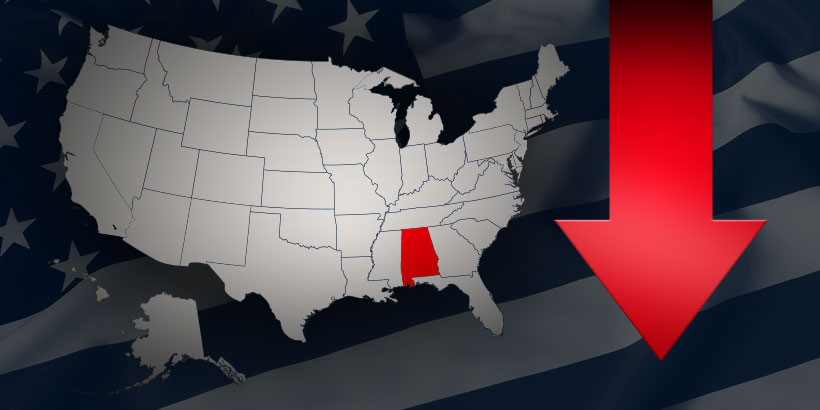 The U.S. got some discouraging, although not surprising, news today. Our country continues its 15-year fall in economic freedom levels. According to the Economic Freedom of the World: 2015 Annual Report, the U.S. now ranks 16th compared with other nations measured — down from 2ndplace in 2000.

The decline has been rapid, but to economists and policy experts like those of us at the Johnson Center, the report findings are not a news flash but a confirmation that the steady growth of both state and federal governments is having a real impact on hard working people across the country.

Economic freedom describes the degree to which individuals, including businesses big and small, are able to pursue opportunities and design their lives free of government interference, which can present itself in various forms: regulation, trade restrictions, corruption, high taxes and government spending, to name a few.

We’ve seen this growth in government in several areas since 2000, including the War on Terror, bailouts for banks and auto companies, higher Medicare and Medicaid spending, and the expansion of unemployment benefits.

Government grows when it expands regulations and mandates; and the bureaucracy to enforce them. Coupled with exercising force and power like seizure of private property rights, corrupt practices like cronyism and unequal — or even questionable — enforcement of the law, governments can certainly throw a big wrench in pursuits of happiness.

This year’s report points to two main drivers of the U.S. decline: regulation and size of government. Since 2000, the U.S. has fallen from 2nd to 10th in the area of regulation, and all the way from 34th to 74th in size of government. Perhaps more than any other areas of the ranking, these two represent the growth of cronyism in America and the Johnson Center has been writing about this unethical practice for years.

Cronyism is when government – whether at the state or federal level – takes the liberty of handing out taxpayer money to companies of their choosing, i.e. their friends. This practice is wrong for a few reasons. Not only does it take money in the form of taxes from hard-working families and individuals to spend how they choose, it creates an uneven playing field for businesses. Government assumes it has the authority to take and spend people’s money on their pet programs, and political favors lay at the heart of these initiatives.

The beauty of pure economic freedom is it allows everyone equal opportunity to succeed. Launching and growing a business depends on the quality and the value of the product or service, and whether or not customers want to buy it. When government inserts itself into this vetting process by picking some companies to receive extra financial support, it undermines economic freedom by putting some entrepreneurs at a disadvantage.

Examples of government bureaucrats handing out taxpayer money to select companies is not just a habit of the federal government. It happens right here in Alabama. Professor Daniel J. Smith drew attention to the latest examples involving Google and Mercedes in a recent op-ed forAl.com: “Incentives don’t make sense, economically or morally.”

The U.S.’ decline in economic freedom levels is concerning and our drawn out economic recovery and stubbornly high unemployment are obvious outcomes of this trend. The good news is that the answer is right in front us: increasing economic freedom. Reducing the role of government in personal and business spaces will welcome the positive outcomes the Economic Freedom of the World report points to: growth, prosperity, health, happiness, and more.

Cronyism is just one example of government erosion of economic freedom but others are easy to spot. Just take note of instances when government inserts itself into your life.

Stephen C. Miller is executive director of the Manuel H. Johnson Center for Political Economy at Troy University. Follow up on Twitter: @johnson_center