Nancy Collat Goedecke is a 2018 Yellowhammer Woman of Impact 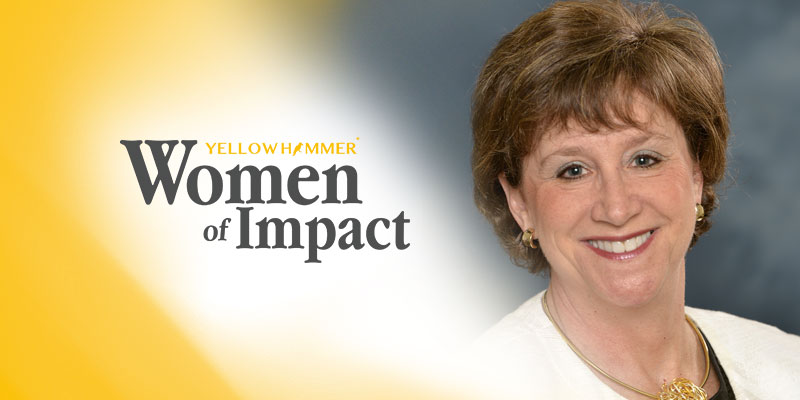 Nancy Collat Goedecke is a powerhouse not just in the business world, but the philanthropic sphere, as well.

She also is a 2018 Yellowhammer Woman of Impact.
Goedecke, who serves as CEO of Mayer Electric Supply in Birmingham, became the first-ever woman to chair the United Way of Central Alabama fundraising campaign in 2015. Under her leadership, the charity raised $38.8 million, about $600,000 more than the previous year.

“I grew up watching my mom and dad give back to the community — first with their time, and then with their money and their time,” Goedecke told AL.com in 2015.

Goedecke told the website that she recalled her parents going door to door soliciting donations for the United Way. Community service, she said, is “just in my DNA.”

Goedecke worked her way up the company, starting with summer jobs in high school. After college, she worked as a sales associate in Tampa, Florida, before returning to Birmingham. She became vice chairwoman of the board in 2005 and chairwoman and CEO three years later.

The UAB Commission on the Status of Women honored Goedecke as one of seven Outstanding Women for 2015.

The list of Goedecke’s charitable activities is long. In addition to the United Way, she has supported the Collat School of Business and has contributed to the school’s Women and Infants Center. She has volunteered with the Girl Scouts of North-Central Alabama and Pathways of Birmingham. She has led more than a dozen fundraising campaigns, including the YWCA, the American Red Cross and Collat Jewish Family Services.

“You know how they say, you give a busy person something to do and they find a way to do it?” she told AL.com. “I don’t waste a lot of time.”